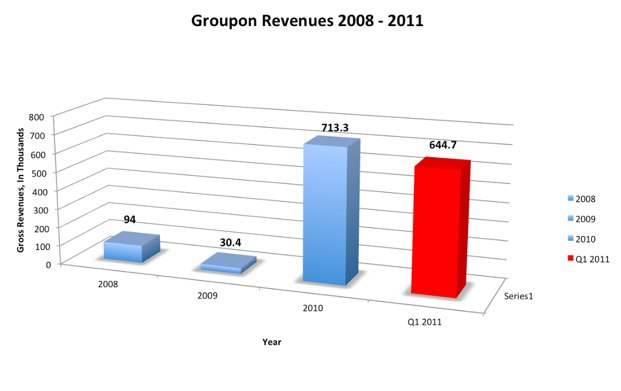 Groupon finally filed for its IPO today and now we can see it’s finances laid bare (click for full financial table). Groupon has been growing at an astounding rate. Last year, it’s revenues grew more than 22,000 percent to $713 million. And in the first quarter of 2011 alone, it nearly matched all of its revenue from last year with $644 million in sales, up 13,575 percent from a year ago.

If you annualize Groupon’s first-quarter numbers, you get a revenue run rate of $2.6 billion for 2011, and that is not even factoring in any growth in subsequent quarters. So the $3 billion to $4 billion estimates that were thrown out a while ago for 2011 revenue look very achievable.

But what about profits? Groupon lost $456 million last year, and another $147 million last quarter. And don’t expect those losses to go away anytime soon. CEO Andrew Mason warns future public shareholders, “We aggressively invest in growth.” Groupon spends a lot of money “acquiring new subscribers.” About 54 percent of its operating expenses goes towards marketing. The other 46 percent goes towards sales.

Half of its workforce of about 8,000 people are in sales, a number CEO Andrew MAson threw out yesterday during an interview at the D9 conference. As of March 31, 2011, however, according to the filing, there were 7,107 employees and 3,556 sales people. Of those sales people, the majority (2,895) are international. They represent 81 percent of the salesforce, but only 54 percent of Groupon’s total revenues in the first quarter. That is where Groupon is investing for growth—overseas. That is also where Groupon is losing most of its money. The U.S operations lost only $10.4 million last year, whereas the international operations lost $170.6 million.

Investing for growth is fine, but ultimately a company (and its shares) are measured by how much of those profits the company actually keeps. 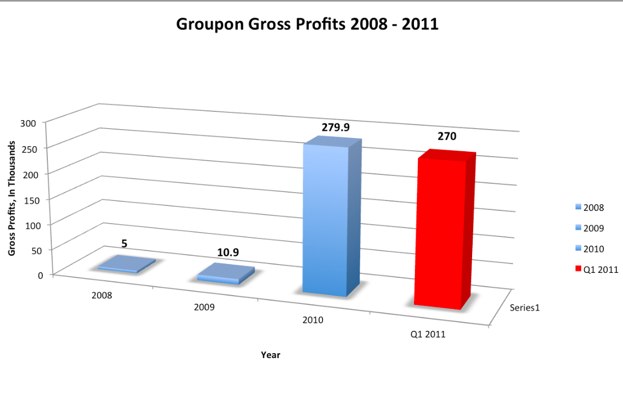 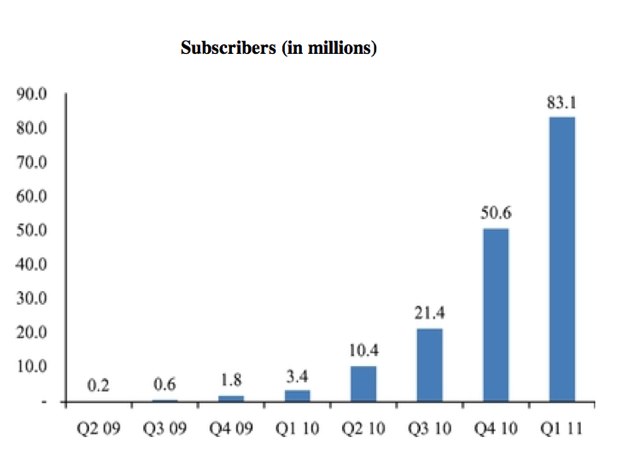 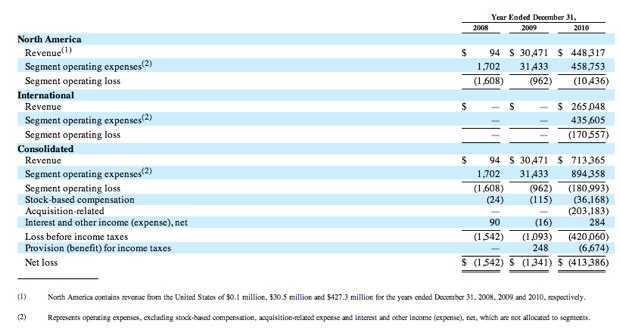