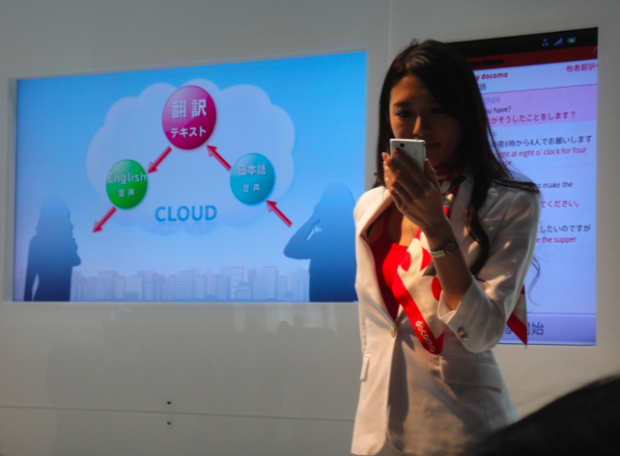 The idea of translating spoken language from cell phone to cell phone isn’t exactly new, but the mobile simultaneous translation system NTT Docomo is currently working on looks really impressive. Japan’s biggest mobile carrier says it uses the “best technologies” for voice recognition, machine translation, and voice synthesis out there for its solution.

As you can see in the video embedded below, Docomo’s system goes beyond simple tourist talk like “Hello” or “How much is this?”. For the demo, a Docomo employee at a remote location reads a rather complex newspaper article in Japanese which is then translated into English and sent to the receiver in near real-time (English -> Japanese is possible, too).

Accuracy and speed still need some work, but it looks like Docomo could get there soon.

Here’s the video (provided by Diginfonews in Tokyo):