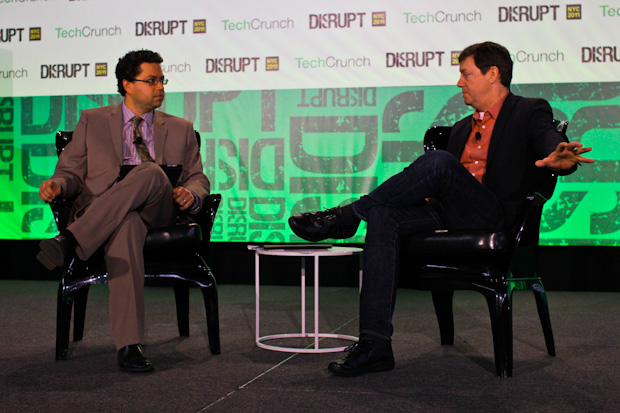 At TechCrunch Disrupt, Erick Schonfeld interviewed prolific investor Fred Wilson, an early investor in Twitter, Foursquare, and Zynga. When Schonfeld asked him about the Twitter ecosystem, and the company’s recent moves to discourage app developers from building Twitter clients, he replied with this one liner, “Don’t be a Google Bitch, don’t be a Facebook Bitch, and Don’t be a Twitter Bitch. Be your own Bitch.”

Wilson and Schonfeld directly discussed the advertising ecosystem, and Wilson commented that with Twitter’s advertising plans, the company is heading towards a possible collision with advertising startups who have developed revenue models around ads on twitter (i.e. Ad.ly, 140 Proof).

Wilson added that he is feeling very good about Twitter’s monetization plans. He explained that Twitter didn’t have a set strategy at the start. If it were planned, Twitter would have launched with all platform clients, he explains. Twitter has been constantly playing catchup as developers have built more applications. “Twitter wasn’t planned,” Wilson said. “It just happened.”