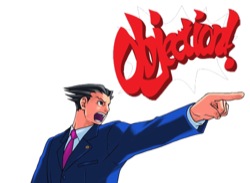 California SB 242, proposed by Sen. Ellen Corbett, would force social networks like Facebook to allow parents access to their child’s account(s) and, more importantly, force all privacy settings to their maximum level by default. Parents can request that images or text be removed from any social network page “upon request … within 48 hours upon his or her request.”

Here’s the interesting part: any social network failing to perform these duties will get hit with a $10K fine per incident. Obviously this is a state-level law and does not apply nationally (yet) and it does smack of the nanny state. However, being able to access my own son’s Facebook page in the event of some tragedy real or imagined would give me peace of mind but be wildly invasive. This would also bump up against problems like children in divorced families and/or emancipated youngsters.

“This legislation is a serious threat both to Facebook’s business in California,” said Facebook rep Andrew Noyes and, to be fair, it is: it gives parents the chance to launch frivolous requests 24/7 and there is a slippery slope here that could result in anyone editing anyone’s accounts – after all, if you’re able to edit your kid’s pages when he or she is under 18 what’s to stop the requests from coming in after they come of age?

The bill is now on its way to the Senate after moving through legislative committee. Rest assured it won’t be passed without a fight.