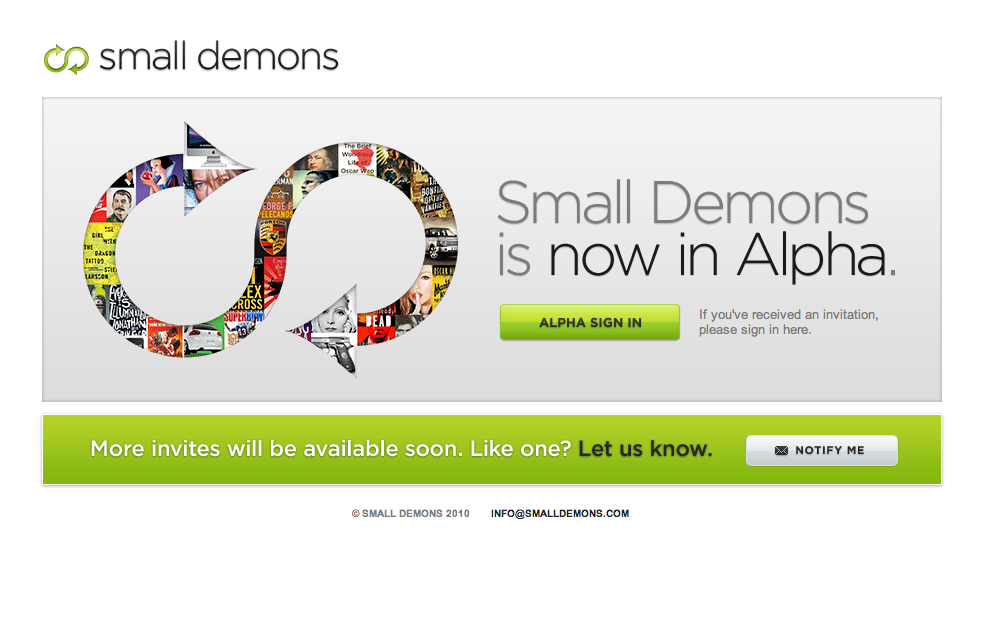 Small Demons, a stealth LA- based startup founded by former Yahoo Product VPs Valla Vakili and Tony Amidei has just raised $3 million in Series A funding, according to an SEC form filed today. While Vaklili and Amidei and the only people listed on the form, the company is rounded out by former Myspace Data Architect Christa Stelzmuller and former Myspace VP of Data Hala Al-Adwan.

While the Small Demons homepage says its launched in alpha, there are no other accompanying details that would reveal what the startup actually does.

At one point the company’s slogan was “Unlocking the world’s stories” and its Twitter profile slogan read, “When you love something so much you want to experience everything attached to it.” Its terms of service also talks about incorporating user generated content, so I’m guessing this is a some kind of content/news aggregating play. I won’t know for sure until one of the multiple people I’ve contacted get back to me.

According to Trendslate, both Vakili and Amidei worked together on another aggregator http://news-to.me/ while both at Yahoo, lending credence to the aggregation theory. The startup had $750k in angel funding previously.