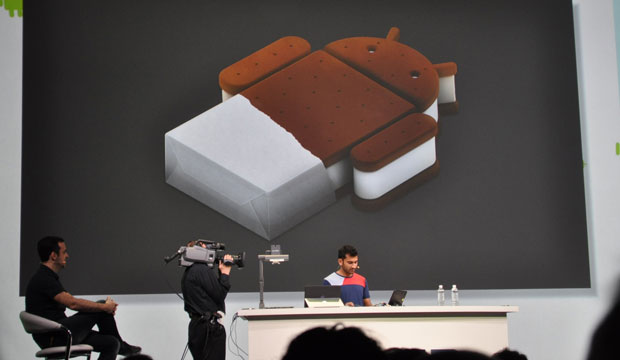 The next major release of Android comes just in time for hot summer days. Ice Cream Sandwich, as it’s called, is well, Google’s “most ambitious” release yet. And look! A new logo!

Google says they wanted to create an OS that runs everywhere. Enter: Ice Cream Sandwich. Nevermind Honeycomb, Google says this is the OS that will power tablets, convertible slates, smartphones and more. With it, comes a refreshed UI that leans heavily on a new application framework that Google has yet to detail, besides stating it will solve the issue of coding for different hardware profiles. 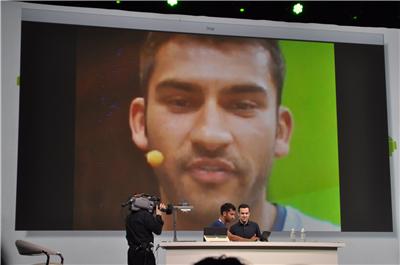 Part of ICS is a new OpenGL facetracking, which Google demo’d on stage at I/O. It even auto-pans based on voice detection, focusing a cropped view on whoever is talking. All the tools will be open source and available tomorrow.