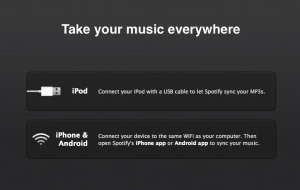 Spotify, the music service Americans don’t get to enjoy, announced several very cool new features today. The European music service is rolling out new versions of its desktop and mobile apps today, which will allow all users (even those pesky ad-supported freeloaders) to sync Spotify desktop tracks with mobile devices, be they iPods, iPhones or Androids.

And just in case it wasn’t clear whether or not Spotify intends to compete directly with iTunes, Spotify is also introducing its own music store, or “download service”, in which users can buy a range of MP3 “bundles” at 10 songs for roughly 8 pounds. Or 100 songs for 50 pounds. (Roughly the equivalent of $13 and $82, respectively.)

So, not only will Spotify be offering its more than 10 million registered users a music store, it wants its music player to become the default mobile app on its listeners’ devices. To encourage this adoption, Spotify has enabled desktop-to-mobile sync-ing over WiFi. (Something iTunes, cough, doesn’t offer.)

Spotify users have been clamoring for these features now for quite some time, and it’s taken almost a year for Spotify to get all of its proverbial ducks in a row. Following the limitations the company was forced to put on its free service, Spotify is now clearly making a more concerted effort to add significant benefits for its non-premium customers.

Allowing free users to fully take advantage of integration and syncing with mobile devices is important, and the Swedish music company clearly figures that mobile will be the future onramp for new Spotify customers. Again, up until now, mobile access has only been available to premium customers.

“Accessing music on your mobile phone is the future, but today that makes up a pretty small percentage of music fans. We want to open up the Spotify experience to as many people as possible, and in a way where they can get exactly the music they want”, said Spotify Chief Product Officer Gustav Söderström.

Another cool feature announced today is the ability to manage your iPod from within the Spotify desktop app. All you need to do is connect your iPod to your computer via an USB cable, and your Pod will now appear in the “Devices” section of Spotify’s sidebar.

It will be interesting to see if Apple has anything to say about this. Obviously, iTunes will remain the only way to get music onto an non-jailbroken iPhone, and Spotify will not be reverse-engineering or anything like that, just using USB storage, for example. But I could see this potentially raising some eyebrows in Cupertino.

That being said, these new features could be absolutely huge for Spotify; it will make the service’s free users become more regular, repeat users, and will no doubt begin to open the door to new customers. Sure, Spotify is still years from becoming a real iTunes competitor, but it’s moves like this that continue to put that goal within the realm of real possibility.

Next, Spotify needs to work on filling out its sometimes thin catalog — and expand its Euro reach beyond Finland, France, Norway, the Netherlands, Spain, Sweden, and the U.K.

Then the overall service might be enough to make an American like me jealous. And speaking of that, there was still no mention of when Spotify might reach the U.S. “We’re still working hard on that. We’re getting closer”, a Spotify spokesman said.

They better be. I’m getting anxious over here. 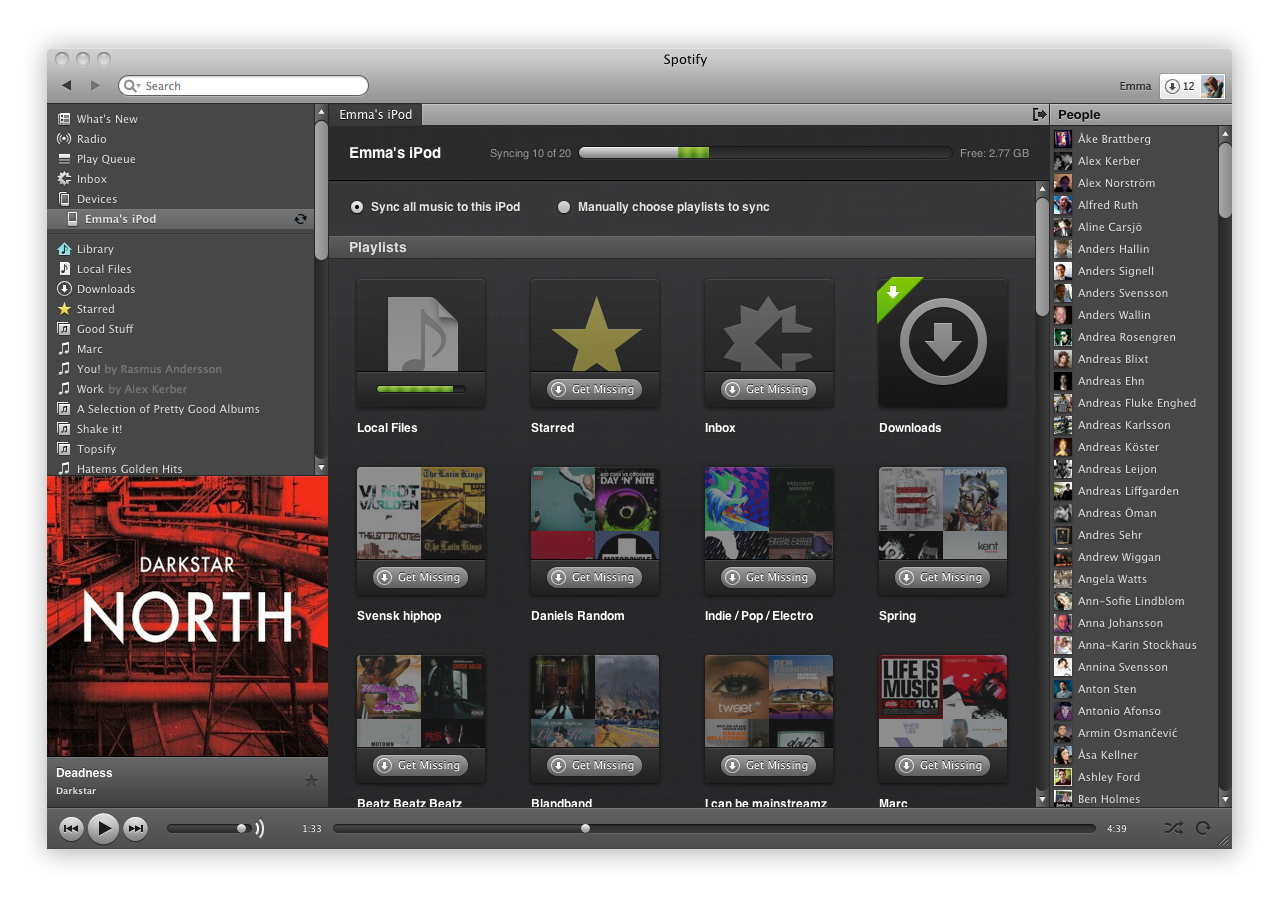