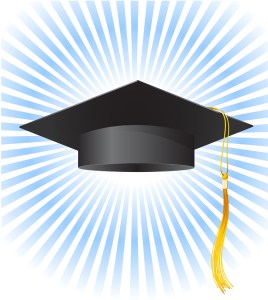 Fair warning: This article will piss off a lot of you.

Some people are contrarian for the sake of getting headlines or outsmarting the markets. For Thiel, it’s simply how he views the world. Of course a side benefit for the natural contrarian is it frequently leads to things like headlines and money.

Consider the 2000 Nasdaq crash. Thiel was one of the few who saw in coming. There’s a famous story about PayPal’s March 2000 venture capital round. The offer was “only” at a $500 million-or-so valuation. Nearly everyone on the board and the management team balked, except Thiel who calmly told the room that this was a bubble at its peak, and the company needed to take every dime it could right now. That’s how close PayPal came to being dot com roadkill a la WebVan or Pets.com.

And after the crash, Thiel insisted there hadn’t really been a crash: He argued the equity bubble had simply shifted onto the housing market. Thiel was so convinced of this thesis that until recently, he refused to buy property, despite his soaring personal net worth. And, again, he was right.

So Friday, as I sat with Thiel in his San Francisco home that he finally owns, I was curious what he thinks of the current Web frenzy. Not surprisingly, another Internet bubble seemed the farthest thing from his mind. But, he argued, America is under the spell of a bubble of a very different kind. Is it an emerging markets bubble? You could argue that, Thiel says, but he also notes that with half of the world’s population surging to modernity, it’s hard to argue the emerging world is overvalued.

Instead, for Thiel, the bubble that has taken the place of housing is the higher education bubble. “A true bubble is when something is overvalued and intensely believed,” he says. “Education may be the only thing people still believe in in the United States. To question education is really dangerous. It is the absolute taboo. It’s like telling the world there’s no Santa Claus.”

Like the housing bubble, the education bubble is about security and insurance against the future. Both whisper a seductive promise into the ears of worried Americans: Do this and you will be safe. The excesses of both were always excused by a core national belief that no matter what happens in the world, these were the best investments you could make. Housing prices would always go up, and you will always make more money if you are college educated.

Like any good bubble, this belief– while rooted in truth– gets pushed to unhealthy levels. Thiel talks about consumption masquerading as investment during the housing bubble, as people would take out speculative interest-only loans to get a bigger house with a pool and tell themselves they were being frugal and saving for retirement. Similarly, the idea that attending Harvard is all about learning? Yeah. No one pays a quarter of a million dollars just to read Chaucer. The implicit promise is that you work hard to get there, and then you are set for life.  It can lead to an unhealthy sense of entitlement. “It’s what you’ve been told all your life, and it’s how schools rationalize a quarter of a million dollars in debt,” Thiel says.

Thiel isn’t totally alone in the first part of his education bubble assertion. It used to be a given that a college education was always worth the investment– even if you had to take out student loans to get one. But over the last year, as unemployment hovers around double digits, the cost of universities soars and kids graduate and move back home with their parents, the once-heretical question of whether education is worth the exorbitant price has started to be re-examined even by the most hard-core members of American intelligensia.

Making matters worse was a 2005 President George W. Bush decree that student loan debt is the one thing you can’t wriggle away from by declaring personal bankruptcy, says Thiel. “It’s actually worse than a bad mortgage,” he says. “You have to get rid of the future you wanted to pay off all the debt from the fancy school that was supposed to give you that future.”

But Thiel’s issues with education run even deeper. He thinks it’s fundamentally wrong for a society to pin people’s best hope for a better life on  something that is by definition exclusionary. “If Harvard were really the best education, if it makes that much of a difference, why not franchise it so more people can attend? Why not create 100 Harvard affiliates?” he says. “It’s something about the scarcity and the status. In education your value depends on other people failing. Whenever Darwinism is invoked it’s usually a justification for doing something mean. It’s a way to ignore that people are falling through the cracks, because you pretend that if they could just go to Harvard, they’d be fine. Maybe that’s not true.”

And that ripples down to other private colleges and universities. At an event two weeks ago, I met Geoffrey Canada, one of the stars of the documentary “Waiting for Superman.” He talked about a college he advises that argued they couldn’t possible cut their fees for the simple reason that people would deem them to be less-prestigious.

Thiel is the first to admit some of this promised security is true. He himself grew up in a comfortable upper-middle-class household and went to Stanford and Stanford Law School. He certainly reaped advantages, like friendships with frequent collaborators and co-investors Keith Rabois and Reid Hoffman. Today he ranks on Forbes billionaire list and has a huge house in San Francisco with a butler. How much of that was him and how much of that was Stanford? He doesn’t know. No one does.

But, he argues, that doesn’t mean it’s not an uncomfortable elitist dynamic that we should try to change. He compares it to a world in which everyone was buying guns to stay safe. Maybe they do need them. But maybe they should also examine some of the reasons life is so dangerous and try to solve those too.

Thiel’s solution to opening the minds of those who can’t easily go to Harvard? Poke a small but solid hole in this Ivy League bubble by convincing some of the most talented kids to stop out of school and try another path. The idea of the successful drop out has been well documented in technology entrepreneurship circles. But Thiel and Founders Fund managing partner Luke Nosek wanted to fund something less one-off, so they came up with the idea of the “20 Under 20” program last September, announcing it just days later at San Francisco Disrupt. The idea was simple: Pick the best twenty kids he could find under 20 years of age and pay them $100,000 over two years to leave school and start a company instead.

Two weeks ago, Thiel quietly invited 45 finalists to San Francisco for interviews. Everyone who was invited attended– no hysterical parents in sight. Thiel and crew have started to winnow the finalists down to the final 20. They’ll be announced in the next few weeks.

While a controversial program for many in the press, plenty of students, their parents and people in tech have been wildly supportive. Thiel received more than 400 applications and most were from very high-end schools, including about seventeen applicants from Stanford. And more than 100 people in his network have signed up to be mentors to them.

Thiel thinks there’s been a sea-change in the last three years, as debt has mounted and the economy has faltered. “This wouldn’t have been feasible in 2007,” he says. “Parents see kids moving back home after college and they’re thinking, ‘Something is not working. This was not part of the deal.’ We got surprisingly little pushback from parents.” Thiel notes a handful of students told him that whether they were selected or not, they were leaving school to start a company. Many more built tight relationships with competing applicants during the brief Silicon Valley retreat– a sort of support group of like-minded restless students.

Of course, if the problem Thiel sees with the higher education bubble is elitism, why were so many of the invitees Ivy League kids? Where were the smart inner-city kids let down by economic blight and a failing education system of a city like Detroit; the kids who need to be lifted up the most? Thiel notes it wasn’t all elites. Many of the applicants came from other countries, some from remote villages in emerging markets.

But the program has a clear bias towards talent, and like it or not, talent tends to be found in private universities. Besides, he’s not advocating that stopping out of school is for everyone any more than he’s arguing everyone should be an entrepreneur. But to start a new aspirational example– an alternative path– it makes sense to start with the people who have all the options. “Everyone thinks kids in inner-city Detroit should do something else,” Thiel says. “We’re saying maybe people at Harvard need to be doing something else. We have to reset what the bar is at the top.”

That hints at another interesting distinction between the housing bubble and the education bubble: Class. The housing bubble was mostly a middle-class phenomenon. Even as much of the nation was wrapped up in it, there was a counter narrative on programs like CNBC and in papers like the Wall Street Journal pooh-poohing the dumb people buying all those condos in Florida. But with education, there’s barely any counter-narrative at all, because it is rooted in the most elite echelons of the upper class.

Thiel assumes this is why his relatively modest plan to get 20 kids to stop out of school for a few years is so threatening to a lot of the people who have the biggest megaphones to scream about it. “The people who are the most critical of this program are the ones who are most complacent with where the country is right now,” he says.