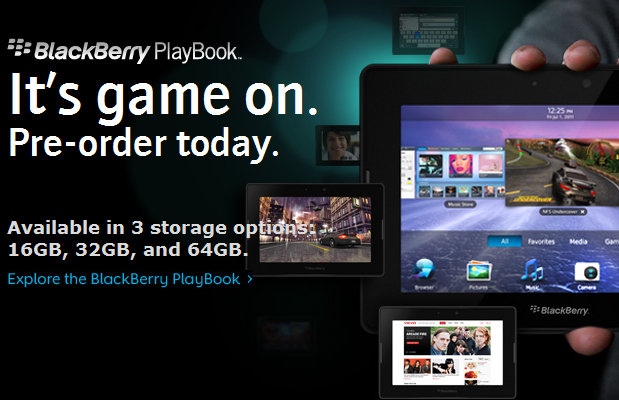 In case you were holding out for a BlackBerry PlayBook: good news. Research In Motion this morning announced (expected) plans to make the tablet computer available in more than 20,000 retail outlets in the U.S. and Canada. Indeed, pricing starts at $499.

Best Buy has already announced that the tablet computer is scheduled to be available from all Best Buy and Best Buy Mobile stores in the United States, as well as Best Buy and Future Shop stores in Canada, on April 19.

BB customers can place their orders beginning today by visiting their local Best Buy store or by ordering on-line (starting at 8am ET). 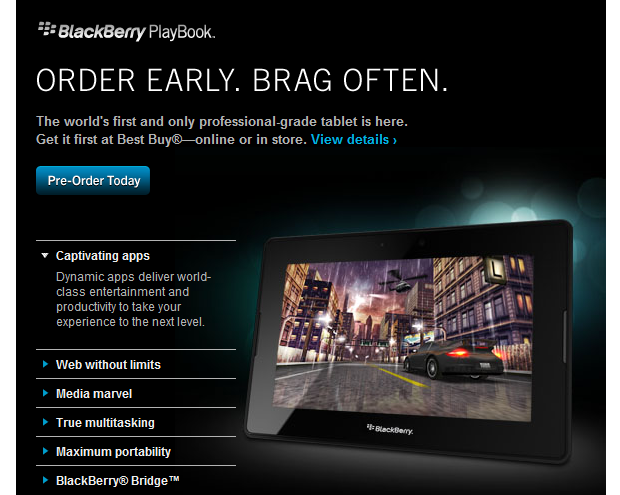 The full lineup of retailers and wireless carriers currently expected to carry the PlayBook: