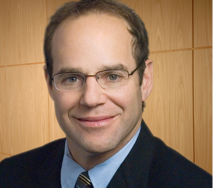 Venture firm Andreessen Horowitz continues its expansion today, bringing on former Veritas and Citrix Exec Peter Levine as a venture partner. Most recently, the firm added entrepreneur Scott Weiss as general partner. With Levine, Andreessen Horowitz, which is just shy of $1 billion under management, gets a seasoned executive in the areas of virtualization and data storage.

As a venture partner, Levine’s role will include most of a the activities of a general partner (i.e., joining boards, working with entrepreneurs, driving deal flow, full access to the Andreessen Horowitz network) but not necessarily with a full-time commitment. Levine also lectures at MIT’s Sloan School of Management and will continue to serve as senior vice president of Strategic Development at Citrix.

At the firm, Levine will focus on investments in the “infrastructure” area, which broadly includes cloud computing, networking, virtualization, and storage software companies. In conjunction with the announcement, Andreessen Horowitz has announced Levine’s first investment as a partner—Bromium. The company is still in stealth, but Horowitz tells us that the startup is at the intersection of “security and virtualization.” As part of the undisclosed round of funding, Levine will be joining Bromium’s board.

While the virtualization and storage industries aren’t as sexy as group buying or social gaming, they are capable of bringing in massive exits. HP acquired 3Par for a whopping $2.4 billion and EMC just acquired Ipsilon for a cool $2.25 billion. And Goldman Sachs just put $70 million in virtualization company AppSense. The list goes on.

To say that Levine’s expertise in these areas of enterprise software is extensive is probably an understatement.

Levine was an early employee of Veritas Software and during his 11-year tenure with the company, helped to grow the organization from no revenue to more than $1.5B, and from 20 employees to more than 6,000. By the time he left Veritas in 2001, Levine was executive vice president for Strategic and Platform Operations. Prior to Veritas, he was a software engineer at MIT’s Project Athena and began his career as a software engineer at Spectrum Software.

After his time at Veritas, Levine was a general partner at the Mayfield Fund, where he focused on investing in enterprise software companies including Mendocino Software, Centrify, Zenprise, TrueDemand, OuterBay (acquired by HP), and Actona, (acquired by Cisco). Levine left Mayfield to become CEO of enterprise virtualization software company XenSource, which was subsequently acquired by Citrix for $500 million. At Citrix, Levine was the senior vice president and general manager of the Data Center and Cloud Division.

Ben Horowitz, who spent six months trying to recruit Levine, tells us that there were three main drivers in wanting to bring on Levine as a venture partner. First, both he and Marc Andreessen have always wanted to work with Levine, based on his reputation alone. Second, he says that Levine makes the firm much smarter in two main areas: 1. enterprise infrastructure (particularly with relation to virtualization and storage) and 2. sales channel models for enterprise products, which Levine was able to accomplish at Veritas. And lastly, Horowitz says that Levine’s extensive network at a variety of organizations and companies, including MIT, Veritas, and Citrix, make him an ideal addition. He says of Levine, “It’s hard to find a beter expert or networked person in this domain.”

As for why Levine, who always wanted to rejoin the venture industry, chose to join Andreessen Horowitz in particular, his decision came down two a few factors. First, the firm’s software focus was appealing. Horowitz, Andreessen and a number of the firm’s other employees worked at Opsware previously. “I like that the firm’s investment strategy focuses on investing around companies that try to solve hard problems through software.” And second, Levine says that the firm’s priority of the entrepreneur as a customer was important to him.

So will we continue to see Andreessen Horowitz beef up its venture team? Horowitz says yes, and that the firm will continue to add other types of partners (i.e. general) at a faster pace that venture partners. One thing is for sure—the firm is setting itself up to be a giant in the enterprise software investing space.