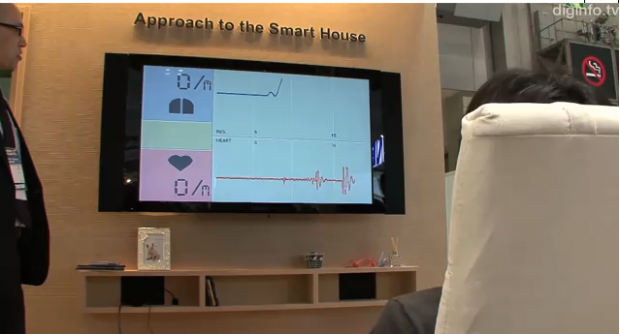 It’s not the first “next-generation home” we have covered so far, but major Japanese housing manufacturer Sekisui House‘s so-called “Smart House” is definitely one of the coolest concepts so far. Apart from Sekisui, telecom giant NTT Docomo, NEC, and Namco Bandai Games have been involved in the creation of the prototype house that was recently showcased in Japan.

In a nutshell, the idea is to combine different technologies in order to create an integrated concept that makes it possible to save energy, monitor the location of electric vehicles, store the “maintenance history” of the house, keep track of the health of the people around you, and so on. Everything can be managed with a smartphone – there are no switches in the house.

For instance, the Smart House allows people to monitor the well-being of older relatives: if he or she switches on the lights in the morning and then drives to the super market in a connected electric vehicle, you know where they are and that they’re OK (you can even get bio-signals collected by the house sent to you).

More in this video (in English, provided by Diginfonews in Tokyo):