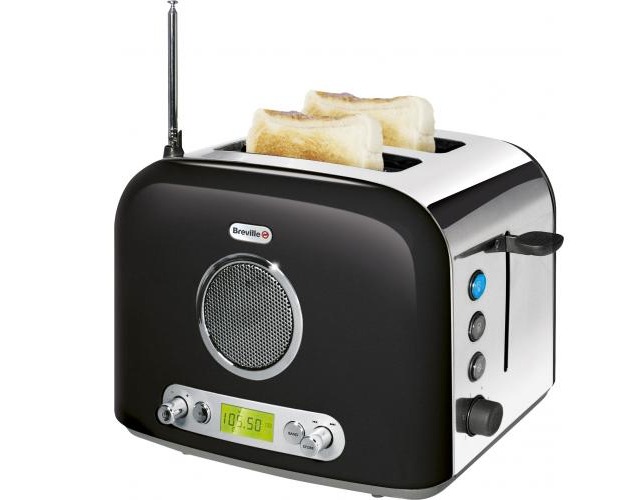 The inventor of the VTT296 2 Slice Radio Toaster may have gotten this idea from Blankman’s Toaster Plus, but either way you look at it, it’s a neat toaster. The UK company, Breville, designed this kitchen appliance for those who need news, sports and talk along with their toast.

There’s nothing too special about the toaster itself. It has the usual bread slice thickness options and a controller for toast darkness. The main talking point, the radio, is also nothing too special, other than being housed of the side of a toaster. The controls are located under the side speaker and include tuning, presets, and volume. There is also an aux-in 3.5 mm jack for connecting pretty much anything. The best part, if it’s something you’re interested in, is that you won’t have to put cough up a lot of dough to get it: $68 and the toaster is yours.