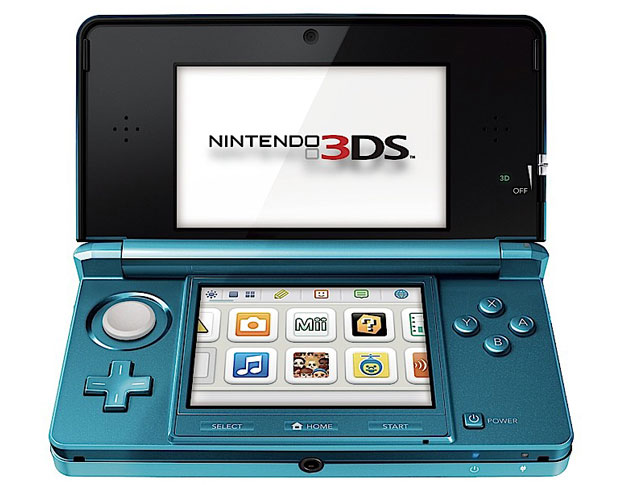 Take a break from all the iPad 2 announcements and check out what’s going on with the Nintendo 3DS, set to release March 27. Some good news has come out about the little gamer: Netflix streaming and free AT&T WiFi coming soon.

SAN FRANCISCO, March 2, 2011 – A new 3D game from Nintendo’s iconic Super Mario series is in the works for the Nintendo 3DS™ portable system. Nintendo also announced two upcoming collaborations: Nintendo 3DS owners will be able to connect automatically to the Internet at more than 10,000 AT&T Wi-Fi Hot Spots, while Netflix members will instantly stream movies and other content on their Nintendo 3DS systems. These features were announced today at the Game Developers Conference during Nintendo President Satoru Iwata’s keynote address, titled “Video Games Turn 25: A Historical Perspective and Vision for the Future.”

During his speech, Iwata said Nintendo 3DS gives developers new tools to create games and experiences never before possible while enabling them to reach the public in new ways.

“There is great potential to increase the number of people who enjoy video games by opening up new game-play opportunities that are only available through the use of 3D.” Iwata said. “Nintendo 3DS will be the most connected Nintendo device ever, with its ability to link people via local wireless connections, while at the same time connecting them to people and content worldwide via hotspot connectivity.”

Nintendo 3DS launches March 27 in the United States at a suggested retail price of $249.99. It lets users view 3D content without the need for special glasses. The announced 3D Super Mario game will feature traditional Mario™ game play and will fulfill the dream of Nintendo video game designer (and Mario creator) Shigeru Miyamoto to bring true depth and distance into the game’s mechanics. The game is being developed by the same Nintendo team that created the Wii™ console hits Super Mario Galaxy™ and Super Mario Galaxy 2.

At the end of May, Nintendo will provide Nintendo 3DS owners with a wireless system update that will activate the Nintendo eShop and give users access to a number of features:

A short-form video service will let people view trailers for Hollywood movies in 3D and access video game trailers, screen shots, background information and links to publishers’ websites. Content will include short video clips, such as comedy shorts or music videos, selected by Nintendo and delivered to Nintendo 3DS users who choose to receive them.
Downloadable classic games via the portable Nintendo 3DS Virtual Console™ service will include Game Boy™ and Game Boy Color games, as well as those from the Game Gear and TurboGrafx-16 systems.
“3D Classics” will introduce select classic video games remastered in 3D.
Games currently offered as Nintendo DSiWare™ and an Internet browser will be available.
The system update will also provide a solution for Nintendo DSi™ and Nintendo DSi XL™ owners to transfer their Nintendo DSiWare games to their new Nintendo 3DS systems.

To help make the wireless features of Nintendo 3DS as smooth as possible, Nintendo has collaborated with AT&T to provide Nintendo 3DS owners with automatic and free access to more than 10,000 AT&T Wi-Fi Hot Spots nationwide with the May system update. Nintendo’s aim is to make getting connected easy for everyone, so people who opt in to the system’s SpotPass™ service will tell their Nintendo 3DS systems to automatically connect to AT&T Hot Spots at restaurants, book stores, coffee shops and airports across the country.

This summer, Nintendo 3DS will incorporate Netflix functionality. Netflix members who have an unlimited plan starting at $7.99 a month can access a broadband wireless Internet connection and instantly stream movies and TV shows directly to their Nintendo 3DS systems, similar to how the service is used on the Wii console. This means people can start watching a movie via Netflix on their Wii systems at home and then pick up the same movie later from a different location using their Nintendo 3DS systems.