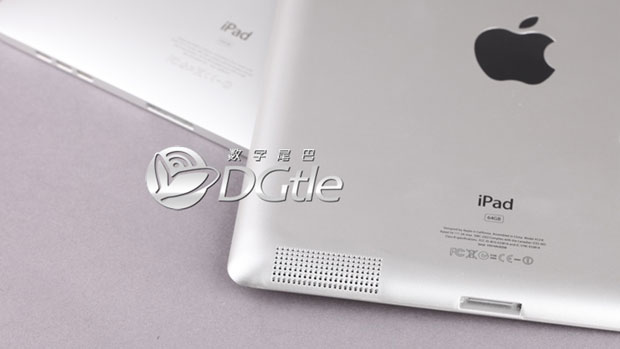 Apple is announcing the iPad 2 today. That’s a fact, jack. But the Internet has been busy pushing out leaks — or fakes — the last few days. First is this pic that surfaced a few days back that’s likely the latter, but that was just the start. There’s a whole new set of supposed leaked info for your to waste your day debunking. Well, at least until Apple themselves unveils the new iPad sometime after 10 pst.

First is this convincing set of photos from the seedy Chinese gadget scene. Even the source isn’t all that sure they’re legit, but even if they’re fakes, the mock-ups are right in line with all the rumors. There’s a larger backside speaker, flat back, slightly slimmer casing, and dual cameras. However, there’s no Thunderbolt port to match up with today’s other major leak straight from Amazon.

Your Daily Apple just published this screenshot of Amazon’s German site showing the iPad 2 with March 17th ship date and specs that include a faster 1.2GHz CPU, Thunderbolt and a camera. Of course it could easily be a fake, but it’s also not unheard of that a web administrator accidentally publishes new content at the wrong time. The product listing was since pulled so once again we play the waiting game — and if you tune in later during the iPad 2 liveblog, we can play Apple Bingo too! How fun.