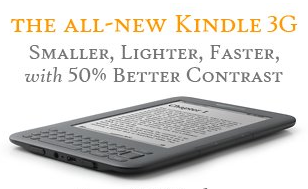 Amazon still refuses to share how many Kindle devices it has sold to date, short from saying it’s the best-selling product in its history, but you can be sure it will become a whole lot more really soon.

The telecom giant says it will include the Kindle 3G model in its connected devices displays throughout retail stores, offering customers the opportunity to test drive the device on the spot. The new Kindle 3G sells for $189.

According to the press release announcing the distribution deal, the Kindle Store now has more than 810,000 books. Over 670,000 of these books are said to be priced $9.99 or less.