Though you’re probably hearing about it for the first time now, Intel’s been working on a new interconnection technology for the last few years. “Light Peak”, as it was called up until it was rebranded “Thunderbolt” today, promises a new world of screaming-fast data transfers. The claims are spectacular: 10 gigabit per second transfers (both upload and download!), dual protocol support, and power over the cable. Light Peak… excuse me, Thunderbolt, is truly the interconnect of the future.

The technology launched today on Apple’s latest MacBook Pros, but Apple is just one of a bunch of companies with plans to support Intel’s technology. Thunderbolt devices will slowly trickle out of major industry players over the coming year.

It’s going to be an uphill battle for the standard — the USB horde won’t go without a fight. If you’re going to throw your support behind just one camp in this silly battle (first person to get a Thunderbolt tattoo wins!), you may want to give Thunderbolt a long look. It’s good.

One of the big draws to Thunderbolt is that it’s dual-protocol. That means it can support both PCI Express and DisplayPort-type connections from a single Thunderbolt Port.

This sort of explains why there’s only a single Thunderbolt port on the new MBPs. Nearly anything can be run from this single port: DisplayPort connections (big ol’ high-res monitors), data transfers (big ol’ high-speed storage drives) and, with the right adapter, DVI, HDMI, VGA, FireWire, eSATA, and Gigabit Ethernet will work with existing PCI Express drivers already supported at the OS layer.

All of this dual-protocol magic is handled through an Intel Thunderbolt controller chip. The Apple-developed mini DisplayPort connector is then used for the physical connections with either optical or electrical cables. In theory, all manufacturers have to do is install a Thunderbolt controller chip into existing devices to add compatibility, as the standard inherently supports current PCI Express devices. Thunderbolt being compatible with existing technologies means it shouldn’t suffer the same disappoint fate as FireWire or, to a lesser extent, eSATA.

In a world of monstrous video files and raw data, Speed is paramount. Fortunately, Thunderbolt is fast — really fast. The standard is rated at 10 Gbps over two channels, which works out to transferring a Blu-ray disc in less than 30 seconds. That’s 20 times faster than USB 2.0, and 12 times faster than the industry speed demon, FireWire 800. Engadget stated in an early Thunderbolt MacBook Pro demo they watched a 5GB file transfer in “just a few seconds.”

The dual-channel bidirectional design allows for two channels each running at 10 gigabits per second. Thunderbolt devices can be daisy-chained together, with each of the two independent channels able to blast data out at a full 10 Gbps to the primary device and others downstream. To tone down the geek-speak a bit: you can have a device pulling and pushing data at 10 Gbps, or have a couple devices daisy-chained all running at incredibly fast rates.

Intel expects Thunderbolt to hit 100 Gbps by the end of the decade. 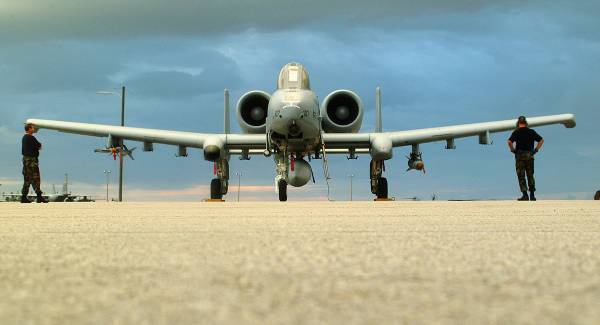 Thunderbolt speaks of a wild future. It paints the picture of bus-powered devices daisy-chained together in glorious 10 Gbps harmony. With the right adapter, your USB hub could tap right into Thunderbolt’s huge data pipe as it simultaneously feeds a monitor through the DisplayPort protocol.

It’s going to be glorious —— but don’t throw out your USB devices just yet. Thunderbolt has a good amount of industry support, but it’s going to be a while before it’s a standard feature on many computers.

Besides Apple and Intel, a few companies have signed on with Thunderbolt. There’s three storage companies (LaCie, Promise Technology and Western Digital), and four A/V companies (Aja, Apogge, Avid and Blackmagic). It’s clear Intel is going after professionals first, because, well, most consumers do not need these sorts of data transfer rates just yet. What better way to stresstest a technology than to throw it at the people who will push it the hardest (and who generally have the money to risk being early-adopters?)

New technologies can be scary. They burst through the door and try to disrupt everything that most Joe Consumers would say is working just fine. With that said, Thunderbolt isn’t something you need to fight. Sit on the sideline and let the industry slowly adapt the new standard. Go ahead and purchase that external eSATA hard drive — it’s fully compatible with Thunderbolt anyway. Sooner or later — maybe in time for your next external hard drive — everyone will be on board, prices will have dropped, and you’ll have a new technology in your life without even having to try.