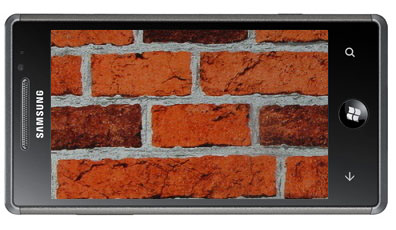 Uh oh! Remember that itty-bitty update that Microsoft sent out yesterday to make sure next month’s big update would go smoothly?

It started early this morning, with a handful of folks turning to Twitter to report that the update process had failed them. In most cases, the update would reach either step 7/10 or 10/10… and then stop. The handset would then be in a bit of an odd, unusable state, but a quick battery pull (or in extreme cases, a hard reset) would have things in working order again.

Then it got worse. Other users started seeing it fail on Step 6/10, which seems to be a pretty crucial one. Unlike the first reports, a battery pull/hard reset isn’t fixing the issue here. In fact, even trying to hard reset the handset returns:

An error prevented the restoration of your phone to its previous version. Your phone cant be used in its present condition and there are no restore points for it on this computer. The phone might restart and return to normal if you disconnect it. For further assistance, contact your mobile operator.

In other words: Uh oh, your phone is bricked. Better call your carrier!

So far, nearly every report we’ve seen involving failed updates involves the Samsung Omnia 7 (known here in the states as the Focus). We’re not seeing any reports of issues for other handsets, though it’s not clear how many of these other handsets have been flagged to receive the update.

Microsoft seems to be aware of the issue, having indicated that a second, less-handset-destroying update should ship in a few days:

While we continue to investigate the issue, we would ask that you not attempt the update until your device alerts you of another update opportunity, in approximately 3 days’ time.

At the very least, take this all as a word of caution: if you’re rockin’ a Windows Phone 7 handset, you might want to wait 3 or 4 days before you poke that update button. In this case, the update doesn’t really bring any user-visible changes anyway, so it’s not as if you’re missin’ out on playin’ with any shiny new features.