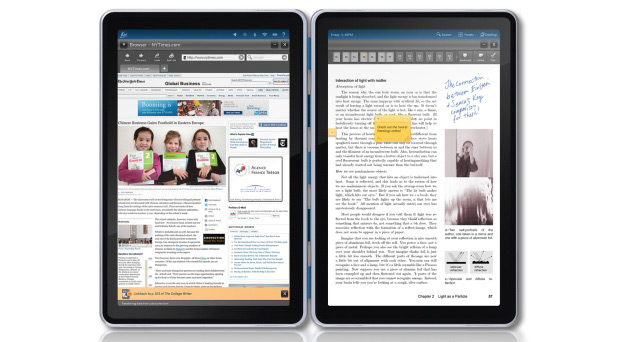 Kno, the company behind the tablet that’s specifically designed for classroom use, is said to be considering passing off the project’s hardware component to a third-party. So says All Things Digital, at any rate. Two companies have held talks with taking over the hardware design and production, but tricky NDAs ensure we won’t know who these companies are for some time yet.

Where would that leave Kno, which was nominated for a Crunchy back in 2010? It’s not too hard to figure out: Kno lets someone else worry about producing the project’s hardware, while it focuses on developing the software. This software wouldn’t necessarily be exclusive to the “new” Kno, but could be ported over to the other big tablets out thee, specifically the iPad and Android-based tablets.

Kno has said in the past that planned to release a tablet before the end of the year, and that it was shooting for a $599 to $899 price tag.