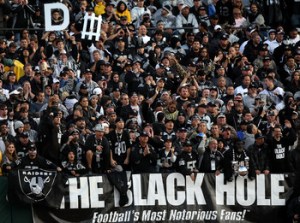 TechCrunch is off the market. Huffington Post won’t be the first $1 billion independent new media company. So who else is left to give us hope that blogging can be the savior of declining old media?

It might be Bleacher Report. The sports site is coming off a huge 2010 and a banner January: Unique users grew to nearly 20 million per month, and it’s now the fourth largest sports destination according to comScore, not including roll-up fan sites. In December, the company raised a $10.5 million round of funding, and named a new CEO, Brian Grey, former general manager of Yahoo Sports and former general manager of Fox Sports Interactive– two of the only sports properties that still dwarf Bleacher Report.

Because this is such a sleeper success story we invited Grey into the studio to talk about how the business has continued to grow while so many blogs have stagnated, why sports has been such a neglected vertical and as a Raiders fan what he thinks of Donald Rumsfeld’s bizarre declaration that the team was “evil.”