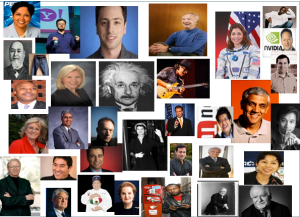 Many foreign-born techies in the U.S. and abroad are pinning their entrepreneurial hopes on the passage of a bill, sponsored by Senators John Kerry (D-Mass.) and Richard Lugar (R-Ind.), to create a startup visa. Tech-industry notables such as Paul Graham, Eric Ries, Brad Feld, Fred Wilson, and David McClure have lobbied for this. I, too, lent this my support. In fact, I have been advocating such a visa since 2007—when my team’s research revealed that 52% of Silicon Valley’s startups from 1995 to 2005 were founded by immigrants. We also learned that a million skilled workers and their families were stuck in “immigration limbo” and that many were beginning to return home—causing America’s first brain drain.

But, as I wrote in my Bloomberg BusinessWeek column, I fear that the Kerry-Lugar bill will get approved—with overwhelming support from both parties. Our leaders will declare victory and claim that they have made the U.S. more competitive. This will not, however, produce the expected startup activity; it won’t give our economy the boost it desperately needs.  That’s because the bill is far too limited. And, given the divisive nature of the current political debates about immigration, this may be the only immigration bill that gets passed until way after the next elections—by when it will be too late.

Let me explain the issues and suggest some solutions.

The Startup Visa Act grants a temporary work visa to any foreign-born entrepreneur who is able to obtain an investment of at least $100,000 from a venture capitalist or a qualified “super angel” investor in an equity financing of not less than $250,000. To gain permanent residency, the entrepreneur must create five new U.S. jobs within two years, raise more than $1 million in venture capital, or generate sales of more than $1 million annually.

The bill makes the wrong assumption that all startups raise angel or venture capital. As my team’s research has shown, nine out of 10 successful entrepreneurs don’t. Kauffman Foundation’s analysis of the Inc. 500 list of the fastest-growing private companies showed that the vast majority (84 percent) of these companies hadn’t raised any venture capital. And the economics of starting a tech company have changed. Before, it cost hundreds of thousands, if not millions, of dollars to build a software product. Now, first versions of sophisticated, game-changing technologies such as Facebook, Twitter, and Groupon can be built within weeks or months—for tens of thousands of dollars. Startups need venture capital only when they are ready to scale up, which is usually two to three years after they have perfected their technology and their business model.

The Startup Visa Act will require foreign entrepreneurs to go begging to super angels and VCs—whether they need their money or not. And regular angel investors won’t be good enough; they must be “super angels”: U.S. citizens who have made at least two equity investments of at least $50,000 every year for the previous three years.  Even one of the Valley’s most notable and successful investors, Jeff Clavier, doesn’t qualify as a “super angel”, because he is not a U.S. citizen.

Now think about this: do we want the same investors who are negotiating valuations and other terms with fledgling entrepreneurs to also have the power to make life-changing decisions about whether they can live in the United States? Investors already have too much power over the entrepreneur, and they can be cutthroat in negotiations; I wouldn’t want them to also have power over my life and my family if I were in this situation.

A better model is the Startup Chile program (to which I am an advisor). The only criteria for being admitted to Chile and gaining a $40,000 grant are quality of talent and commitment of the founding team members; international market potential of the project; and the value of the applicant’s affiliated networks that will be injected into the Chilean entrepreneurship ecosystem. It isn’t rocket science; we could easily develop similar criteria for use in the U.S.

As everyone in the tech world knows, VCs and angels have a herd mentality in investments. When location-based services are the next big thing, the investors fund dozens of Foursquare clones; when coupons are hot, the money goes to Groupon clones; when question-and-answer websites are in vogue, the zillions of Quoras get all the attention. What about an entrepreneur in France who wants to come to the U.S. to build a revolutionary new technology that these investors haven’t yet gotten excited about; or an Indian entrepreneur looking to develop a new water-purification system for the developing world? They are out of luck.

One way to fix the Kerry–Lugar bill is to remove the requirement for super angels and VCs to be the decision makers, and to lower the investment threshold to $100,000. That is still a high bar, but not enough to keep out determined entrepreneurs. To prevent abuse, anyone on a startup visa should be precluded from working for any employer other than the startup itself—so that there is no chance of their “taking American jobs away” as the misguided anti-immigrant groups say foreigners do.

But maybe we don’t even need this legislation. There may be a simpler fix.

Silicon Valley-based immigration attorney Malcolm Goeschl says that Congress can just spell out what factors should and what should not be taken into consideration by the immigration department (USCIS) in adjudicating all employment-based petitions. As Goeschl explains, a sponsoring company’s size should not be one of these factors. There is no reason that a startup should face more barriers to hiring key employees on visas than larger and more established companies do, particularly when most economic growth in the U.S. comes from startups and not large companies. If fraud is a concern, the USCIS should employ a more precise detection and enforcement strategy than its current “carpet bombing” approach.  Congress should also clarify that a foreign national’s ownership of a company should not preclude him or her from being sponsored for a work visa by that company. Most importantly, Congress should enact measures to ensure higher quality and more consistent adjudications at the USCIS.  Although such corrective action is normally within the purview of the executive branch, the Administration has so far failed to rein in the USCIS’s unfair treatment of startups and small companies.

I discussed Goeschl’s ideas with two other attorneys whom I respect, and they concurred with him.

Charles Kuck, former president of the American Immigration Lawyers Association, believes that the USCIS is simply making life miserable for small businesses and startups by the way it is adjudicating cases.  “It’s as if they do not want foreign nationals playing any role in job creation”, he says.  He believes that the Startup Visa, as it is presently defined, will suffer the same fate as the programs that have preceded it. It presently takes nine months to process the initial two-year conditional residency status for EB-5 investors (the program that the Kerry–Lugar bill is modelled on). Startup Visa processing may take even longer. 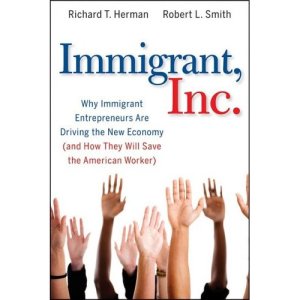 Richard Herman, author of a book titled Immigrant Inc. (in which I am profiled), says that the culture of the USCIS is not business friendly; that the adjudicators are not sufficiently trained to understand business documents and business realities; and that the mission of USCIS is not coordinated with the President’s goal of promoting job creation, innovation, and economic development.  If we fix this, we may fix the overall problem.

Unlike the bailouts and stimulus programs that are costing taxpayers hundreds of billions of dollars, a program to bring in the world’s best and brightest entrepreneurs will cost us nothing. It could lead to an inflow of billions of dollars in investment from abroad and create thousands of new startups across America and hundreds of thousands of new jobs. As well, rather than fuel our global competitors as we are doing with our flawed immigration policies, we will make the U.S. more competitive.

All that what I have discussed here addresses is the problem of admitting job-creating entrepreneurs to the U.S. It doesn’t address the backlog of one million foreign doctors, scientists, and engineers who are in the U.S. legally and in “immigration limbo”. They are waiting for permanent-resident visas—which are in extremely short supply. Tens of thousands are returning home, every year, to countries like India and China.  So are the brilliant foreign students who are studying at American universities. All of this is a big loss for the U.S. You can learn about this by watching this segment from CBS Sunday Morning.

Editor’s note: Vivek Wadhwa is an entrepreneur turned academic. He is a Visiting Scholar at UC-Berkeley, Senior Research Associate at Harvard Law School , Director of Research at the Center for Entrepreneurship and Research Commercialization at Duke University, andDistinguished Visiting Scholar at The Halle Institute for Global Learning at Emory University. You can follow him on Twitter at @vwadhwa and find his research at www.wadhwa.com.