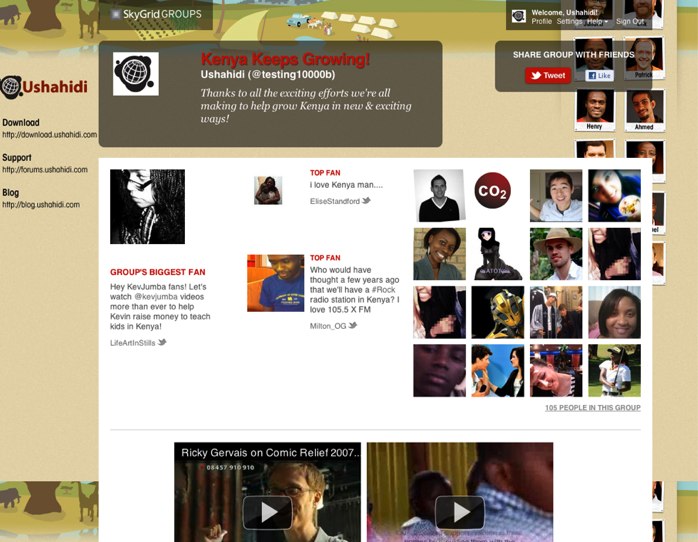 SkyGrid, a startup that offers a powerful business news aggregator, is deviating slightly from the content model into social today. SkyGrid is launching Groups, a social messaging platform that connects conversations people are having all over the web – on Facebook, Twitter, YouTube, and others, by topic or ‘group.’

SkyGrid Groups are pipelines of real-time, public information about a topic, sourced from news sites, Twitter, Facebook, brands and more. Using SkyGrid’s patented “stream-browsing” technology, Groups will aggregate mentions, photos, news, videos and more from hundreds of services. A group’s creator can filter which videos, Tweets, status updates, or other content they want to include in the group. Users can join groups to follow the real-time conversation around certain topics (but have to be approved by the Group’s creator).

While anyone can create a Group, it seems to be catered towards public figures, brands, celebrities, artists, and news and entertainment organizations, who want to create a centralized hub for all real-time social information about a specific topic. For example, Lady Gaga could create a group for her new album that features not only her status updates, videos, photos Tweets and news but also includes her fans commentary as well.

And via an editors tool, brands can control which content to feature, and which content to not include on the platform. Already, Groups is being used by Lady Gaga’s fan club Gaga Daily, Land Rover and social service organization Ushahidi.

SkyGrid’s take is interesting because it doesn’t want to reinvent the wheel for brands and celebrities in terms of social, but aims to be a hub for all social conversation and content sharing. And the fact that SkyGrid, which has raised $13 million in funding, already has a number of high-profile brands using its Groups platform certainly bodes well for the future success of the new product.