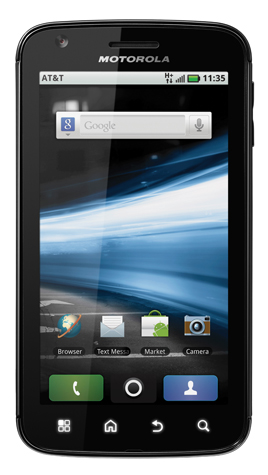 Though the gadget-loving world is still debating just how useful the Atrix’s crazy little Laptop Dock accessory really is, this handset pretty much stole the show at CES on its uniqueness alone. A month later, AT&T has revealed all the pricing/ordering details.

They’re also offering an “Entertainment Access Kit” which’ll run for $190 (on top of the cost of the phone) and come packed with a Motorola HD Multimedia Dock, a Bluetooth® keyboard and mouse, and a remote control.

What say you, friends? Do we have any anxious soon-to-be Atrix-owners out there?