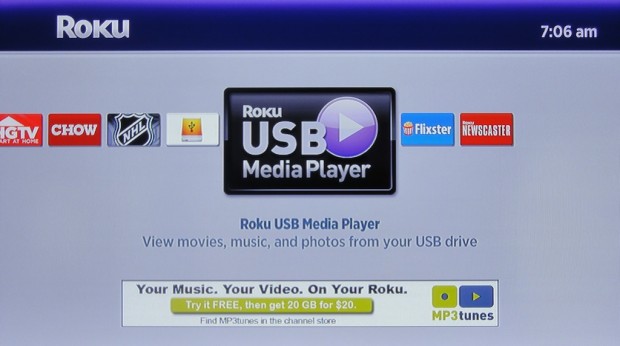 The Roku XDS is a fine streamer, but like all the rest of the company’s offering, lacked official USB playback support. Sure, there’s been unofficial channels for sometime now, but it’s refreshing to see Roku finally cleared the air and released one themselves. This is big.

The official support comes in the form as another Roku channel and is available with all the rest in the Channel Store. The official details haven’t made their way into a press release just yet but users have found the file support to be robust and even plays nicely with .MKV containers.

This single feature finally tunes the Roku into the device it should have been generations ago. The only thing it’s missing now is an official channel or app for browsing and accessing local network shares. Then it will be without doubt the best media streamer on the market. [Roku Forums via Zatz Not Funny]