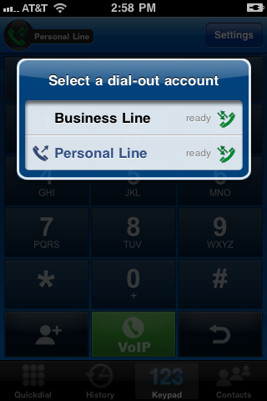 By now you’ve probably heard of Google Voice, a service that lets you take one phone number and configure it to ring all of your phones — work, mobile, home, whatever — with plenty of settings to manage your inbound and outbound calls. But what if you wanted the opposite: a service that lets you spawn a multitude of phone numbers to be used and discarded at your leisure? That’s where Vumber comes in.

The service has actually been around for four years, but it was originally marketed exclusively toward people on dating sites. The use case is obvious: instead of handing out your real phone number to strangers, Vumber lets you spin up a new phone number, which you then redirect to your real phone. Then, when your date reveals that he hates animals and has lived in his mother’s basement for a decade, you can simply deactivate the number. Around 30-40% of the service still caters to online dating, but Vumber can be used for other things.

Cofounder Cliff Wener says that some of Vumber’s biggest customers are advertising agencies that use it to assign different phone numbers to regional ad placements in print media, so that they can track the response rate (this isn’t unique to Vumber — other firms that cater exclusively to advertisers offer similar features). Beyond these two examples, Wener says it’s tough to track down the more niche use cases, because the whole service is anonymous, and you don’t have to tell Vumber what you’re using a phone number for. But it’s not hard to come up with some creative ideas.

The service works with just about any phone, and it’s now bolstering its smartphone presence to streamline its interface. An application is already available for iOS, with an Android app coming next month and SMS support on the way as well.

Vumber isn’t the only service that lets you set up a secondary phone number — Line2, which we’ve covered before, does as well. But Line2 is really catering to users who just need one extra number, not a slew of them. Vumber costs $9.95 per month for your first number, with additional numbers available on a sliding scale starting at $3.95 (you can negotiate bulk discounts).

Vumber raised $2.5 million in private capital before the company was acquired by video chat community Paltalk in November 2009 for an undisclosed sum. 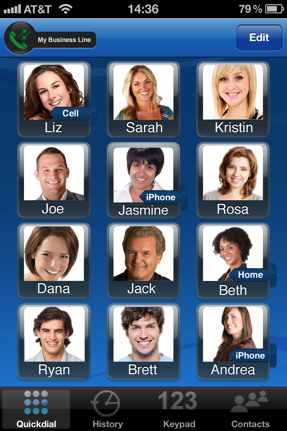