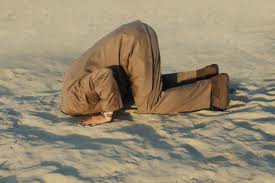 We’re on the verge of hearing how Microsoft performed in the last quarter of 2010 – the general consensus seems to be that the world’s largest software maker is set to report a dip in earnings.

We’ll be covering the quarterly earnings release, which is scheduled for after the market closes, and we’ll be zooming in on Microsoft’s online businesses in particular. But before we do, I wanted to address something else.

I’ll start with a rundown of mergers and acquisitions announced by major Internet and tech companies since the beginning of this year, which, notably, is less than a month ago:

I could go on for a while, but by now you see where I’m going with this.

Oracle, HP, IBM and Cisco have also recently announced significant acquisitions, as far as the enterprise software part of the equation is concerned.

Then there’s of course Apple, which has been notoriously non-acquisitive ever since the company was founded back in the seventies.

In fact, for the full year of 2010, Microsoft announced only two acquisitions of small companies, namely Canesta and AVIcode. The contrast with rival Google’s M&A activity (roughly 25 acquisitions in 2010) was particularly staggering.

My question is: what on earth is holding Microsoft back?

Look, acquiring companies is just one way a technology company can grow, recruit and develop new or strengthen existing revenue streams. It’s arguably not even the best one.

For all we know, Microsoft evaluated thousands of deals last year and decided not to pursue any of them for the right reasons. Perhaps Microsoft is saving up all its cash to make a giant move that will propel it into a positive innovation and profits spiral again.

Or maybe Microsoft has actually acquired some stellar startups in the past few months but has simply opted not to disclose any of those deals, however unlikely that may be.

Microsoft lost out on some big deals in the recent past, which inevitably happens to all companies, but it could be a sign that its M&A strategy is simply not working out the way it should. The software company is sitting on top of mountains of cash, and finds itself in a challenging position with regards to preserving its dominance in the technology industry in the next 10-15 years. It has every reason to become way more acquisitive, and fast.

It’s time to lift up your sleeves and get more aggressive, Redmond – the clock is ticking.