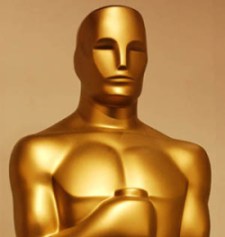 The Oscar nominations came out a few days ago, and like a bunch of dorks we’ve been discussing the merits of each movie in our little chatroom. So far we’ve unofficially given thumbs up to Winter’s Bone and Black Swan, while Devin and Greg have admitted to liking The Social Network. (I patently refuse to watch the movie.) Why am I bringing this up? Because every year around this time unscrupulous individuals leak their Oscar screeners to the Internet, allowing the rest of us to join in on the fun.

One enterprising gentleman has put together a spreadsheet with various screener-related information for your perusal. It’s actually a continuation of a long-running spreadsheet, tracing the origins of screeners, leaks, cam copies, and the like for the past several years.

For example, we learn that Toy Story 3, nominated for best picture, was first released in theaters on June 18. The screener came out on November 12, and the Blu-ray first leaked on September 9. What member of the Academy would wait for his or her screener when the Blu-ray was officially released more than a month prior? Beats me.

The urgency of piracy is actually an interesting way of looking at the popularity of movies, and watching piracy trends could predict the success (or lack thereof) of movies like Children of Men and The Hurt Locker, which were leaked long before their US release dates, or others which for whatever reason were never popular online in cam format. It’s a rich well of information, if you’re into that kind of thing.