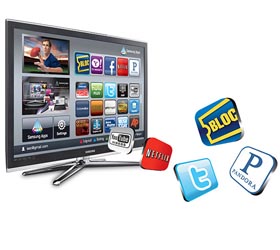 The increased download rate is partially thanks to the app platform making its way downmarket in Samsung’s HDTV lineup. Once reserved for only the top-tier models, a good amount of Samsung’s latest TVs rocks the apps. Plus, consumers are becoming more comfortable with the whole notion of apps making the process a bit more natural. YouTube tops the most downloaded app followed by Hulu Plus, ESPN Next Level, AccuWeather, Google Maps and Texas Holdem.