Bill Gross is up to something. The CEO of PostUp, who previously founded (and sold) Overture, answers.com, and a number of other companies, has just acquired his second Twitter client in as many weeks. On January 5 PostUp acquired EchoFon, and today the company has announced that it’s acquired UberTwiter, which makes Twitter clients for iPhone and BlackBerry.

In addition to the acquisition, PostUp has another piece of news: it’s changing its name to UberMedia. This is the third name for the company, which was originally called TweetUp, but changed its name last summer to PostUp as it added support for Facebook and LinkedIn.

So what is UberMedia’s strategy here? The company now has a new homepage, which includes the following description:

UberMedia is the leading independent developer of applications and web-based services that make it easier for users to find, follow and communicate with others on Twitter and other social media platforms. The company is focused on driving innovation in user experiences across a range of online and mobile platforms. UberMedia also provides advertisers and brands with new ways to engage and communicate with consumers via Twitter through its family of apps.

In other words, it wants to offer a variety of third party services that are complimentary — and in some cases, directly competitive — with what Twitter offers. 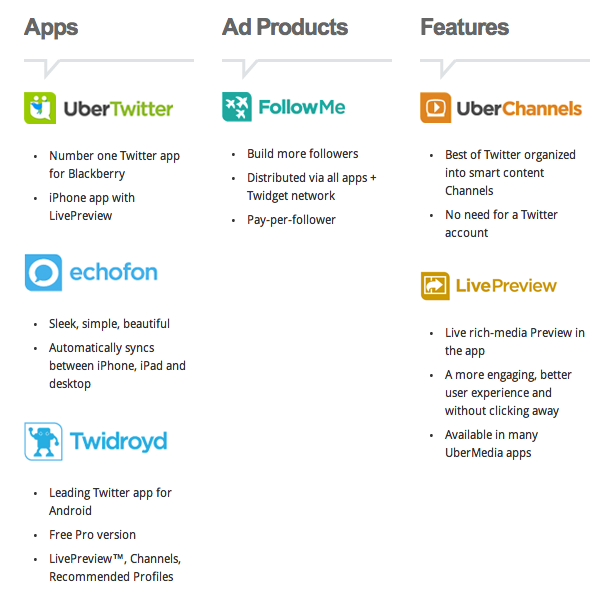