Wikipedia just celebrated its tenth birthday. As a self-proclaimed fan of the site, I wanted to share with you this video, made for the occasion as Wikipedia enters its second decade.

The ‘State Of Wikipedia’ video is part of the ‘State Of’ series made by interactive agency from JESS3, and is narrated by Wikipedia co-founder Jimmy Wales.

No matter what you think about Wales, the foundation or the site, that’s an impressive feat. 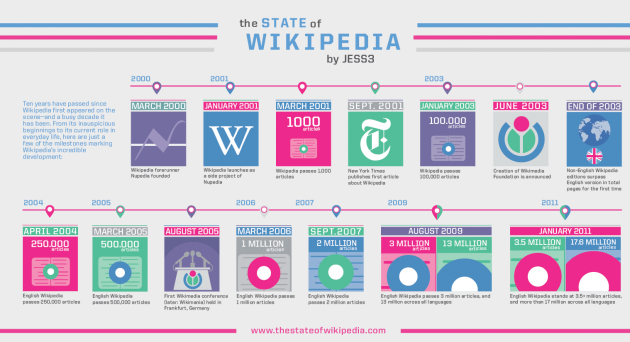