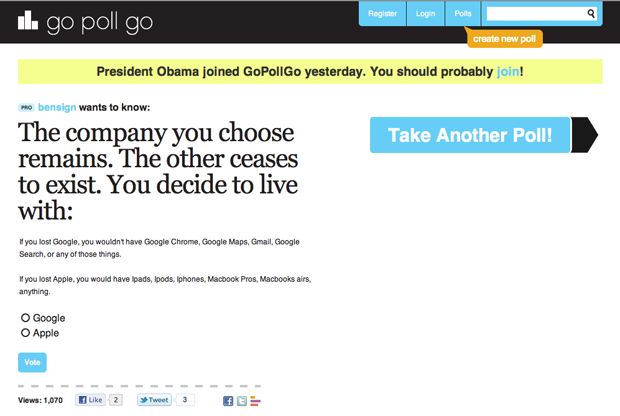 Former TechCrunch developer Ben Schaechter left TC a couple months ago to launch his own startup and today we finally get to see the fruits of his labor. Sick of the poor analytics, lack of geographical information and little vote analysis on industry leaders like Poll Daddy, Schaechter built GoPollGo to maximize what he felt was the potential of polling services.

Says Schaechter, “The polling space is crying out for disruption and innovation. There is *so* much information that can be dervived from vistors.  When mashed up with users’ opinions, the data gets thoroughly interesting.”

The beautifully designed site is based on a freemium model. It’s simple to make an embeddable poll like this one, this one or this one. Users can then share it with friends via Facebook and Twitter, get comments or discover new polls. Premium subscribers can also access analytics on their polls, segment voting data and as well get reports like the one below.

Schaechter has already had hundreds of users and hundreds of thousands of pageviews since he launched the site two days ago and plans on opening up the premium features to big brands soon, “Think of it as a really simple method of market research.”

Schaechter’s future plans include building out the feature base and community for the bootstrapped GoPollGo as well as raising funding to potentially hire more people. “[We’re] focusing on building the best social polling website on the Internet,” he says.

You can take the “Apple vs. Google” poll here, or just have it out in the comments. 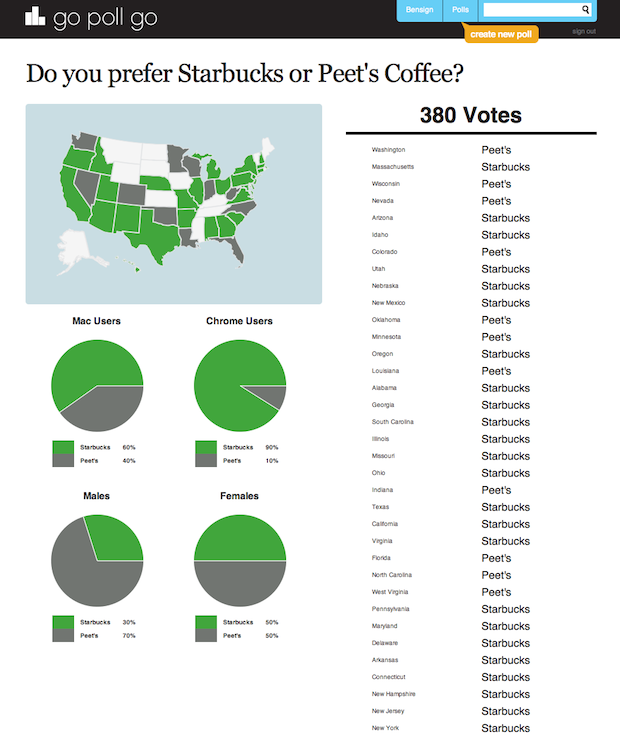