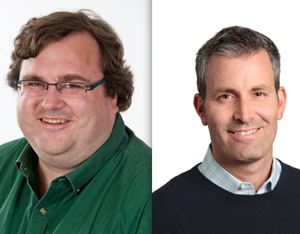 Reid Hoffman is Co-Founder and Chairman at LinkedIn and a partner at Greylock. His complete profile can be found at www.linkedin.com/in/reidhoffman.

James Slavet is a partner at Greylock. His complete profile can be found at www.linkedin.com/in/jamesslavet.

Groupon has been written about a lot in the media. Most of the coverage has been extremely positive, like a Forbes cover which called Groupon “The Fastest Growing Company Ever.” Other articles question whether Groupon is a defensible business built for the long-haul.

Late last year we boarded a Chicago-bound plane, along with a couple of our colleagues, for an initial meeting with the company to form our own opinion.

We went in positively inclined towards the Groupon management team. James had worked directly with Rob Solomon, Groupon’s president, years ago at Yahoo. Reid had gotten to know Andrew Mason, the company’s founder and CEO, after they struck up a conversation a while back at an industry conference. Groupon is targeting a market that is huge and broken. Local advertising is a $100 billion annual business in the U.S. and consumers spend something like 80% of their disposable income within a couple miles of their homes. Many local businesses still try to attract new customers through that heavy yellow book that gets dropped on your front doorstep until it rots or gets tossed in the recycling bin. We were interested in the team and the market and we’d also read the publicly available estimates about Groupon’s almost inconceivable growth in new markets, subscribers, business customers and revenue.

All those things were enough to get us on the plane, but it takes a lot of conviction in the future of a business to pull out your checkbook when the pre-money valuation has this many zeroes.

We knew that Groupon had a sense of humor. We emerged from our time with Groupon and our subsequent sessions together convinced that this is also a very serious business. Our discussion was data rich, unusually so. The team had a clear point of view on the consumer and merchant experience, as well as the key drivers of the business. They pre-empted and then dug deeper into our questions about Groupon’s operations and strategy by walking us through the data they look at on a regular basis. They talked us though the obvious data such as customer acquisition costs and lifetime value and the economics of entering a new region. But they also dove into some unique metrics we’d never seen startups track before. 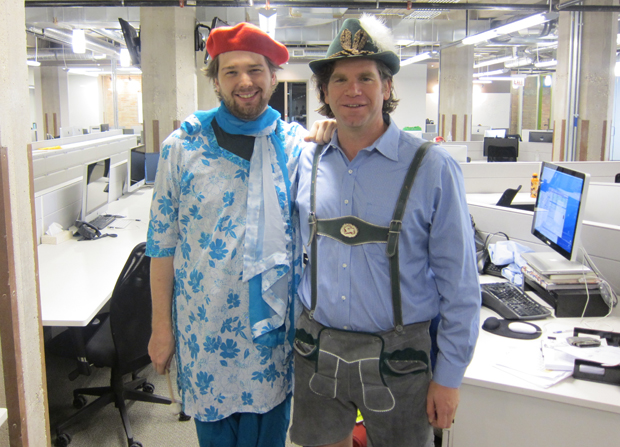 We started really leaning forward in our chairs when the discussion turned to strategy, including the ways to use data to power Groupon’s future consumer- and merchant-facing products. Groupon is the clear market leader in the local deals market. Their scale advantage on both the consumer and merchant side enables them to offer the greatest number of high quality deals. It’s the company’s commitment to investing in personalization and relevancy that will drive deeper relationships with both consumers and merchants. Similar to markets owned by Google such as search and search advertising, this will likely become a “winner take most” market, and smart investments in driving scale plus relevancy will help propel the winner.

Groupon’s technology is there, just not where people usually look for it (on the website, which is visible to consumers). Instead, that technology lies deep in Groupon’s databases. We think the technologies visible to consumers will be increasingly commoditized, while the data used to understand consumers better will become increasingly proprietary and valuable. Groupon hired a Chief Data Officer from Netflix to help drive this effort.

Offers to consumers can be intelligently served up based on a person’s demographics, buying history and location. The merchant side of the equation is just as interesting. Local businesses need to be able to do more than just run a sale once or twice a year. The theater on Main Street or the children’s museum across town should have the ability to revenue optimize, like United Airlines or Hilton, by appropriately pricing and marketing unsold capacity. When the theatre is showing “The Tourist” to a half-empty house, it should be able to sell discounted tickets for $5 a pop.

Groupon will not be the first or the last organization to compete and win on the power of data. It’s happening everywhere around us. Turn on your TV on Sunday afternoon to watch football. Behind the scenes the coaches are relying on data scientists and proprietary algorithms to decide which players to draft or trade for, and whether to kick a field goal or go for it on fourth down. At least that’s how the New England Patriots work, and they’ve done pretty well. Closer to home, we see deep data initiatives at Greylock companies. Facebook, Pandora and Redfin use data to connect you with friends you’d forgotten about, recommend songs they know you’ll love or help you figure out when a home is over-priced.

We believe Groupon is the break-out leader in the massive local commerce space and its investment in data will be a critical ingredient in its long term march to build a meaningful and foundational company. We love to spend our days with entrepreneurs who have the ambition and skills to build break-out businesses that will endure. Sometimes that means we make a $100,000 seed-stage investment out of our Discovery Fund, and sometimes it means participating in a financing round that’s, like, a billion dollars.