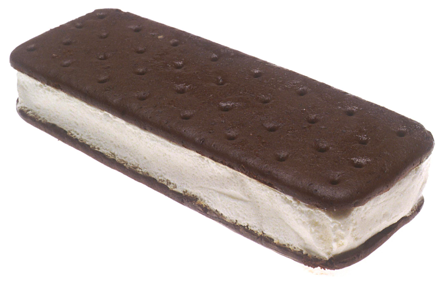 It’s tough being a tech journalist. Countless phone calls, mountains of email, endless warring with legions of trolls. Really, you’ve got to be pretty hardcore to do this job. It’s a wonder we ever get any posts up.

Which is my half-hearted explanation as to why it’s taken me this long to reveal the truth about something that I’m sure all of you find extremely important. So, without any further ado, here it is: the version of Android that comes after Honeycomb (in other words, the one after next), is not going to be called Ice Cream, which seems to be the general consensus among tech bloggers.

Android chief Andy Rubin told me so. Really, he did.

It was mentioned in passing as he spoke with Michael Arrington and me about the Nexus S, which was released last month. Granted, it was only said in passing, but Rubin doesn’t seem the sort to just rejigger the names of his OS releases on the fly. And besides, it makes perfect sense.

Android devotees already know that each operating system update is given the name of a dessert, and that these names have gone in alphabetical order (Donut, Eclair, etc.). 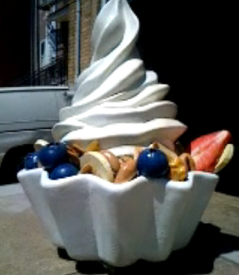 They also know that with each release, Google places a giant sculpture of the appropriate dessert in front of Android HQ. At right, we see the sculpture that was created for Froyo (short for frozen yogurt), which was Android 2.2.

Looking at this photo, it doesn’t take long to identify the biggest problem with naming a future version of Android ‘Ice Cream’. Namely, there’s really no way to differentiate between soft-serve ice cream and frozen yogurt. Yes, Google engineers could waste countless man-hours attempting to adjust the consistency of the sculpture to reflect the difference in milk-fat. But apparently Google doesn’t think that’s a good use of their time.

And so they’re going with Ice Cream Sandwich.

Now let us cherish what may be the biggest scoop of my career (get it, scoop?)