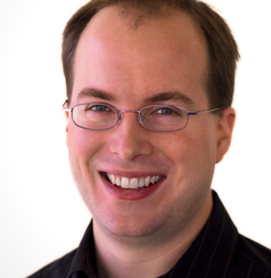 If you follow technology news, Paul Buchheit is a name that seems to pop up all the time. Among other things, he invented Gmail, built the first prototype for AdSense, coined Google’s “Don’t be evil” motto, cofounded FriendFeed (which was acquired by Facebook), and recently became a partner at Y Combinator. Oh, and he’s also a prominent angel investor, with stakes in dozens of startups.

Today, Buchheit has posted a retrospective on his first three years as an angel investor. Between 2006 and 2008 Buchheit invested a total of $1.21 million across 32 companies. He writes that half of those were either acquired or dead, and that between all of the acquisitions he’s netted a 10% gain. Of course, many of the companies that haven’t been acquired, like Weebly and Meraki, are sure to bring him much more down the road, so he’s in good shape.

His post is worth reading in its entirety, and it shows that even the smartest investors (Buchheit may be relatively new to the investing game, but he’s certainly one of the smartest) are bound to make missteps. One of the more amusing passages:

Of the current acquisitions, only two have yielded a greater than 10x return: Heroku and Mint. Unfortunately they were also two of the smaller investments, proving that I don’t know what I’m doing, or at least showing that I need to make a point of investing more money into the best companies (Mint was oversubscribed, but I don’t remember why I didn’t put more into Heroku).

Buchheit also describes the improving quality of Y Combinator companies — as a partner at YC he’s obviously biased, but it’s a trend that I’ve observed too (as have many investors and other reporters).  And for those of you ready to pull out your pocketbooks, Buchheit closes out his post with two key pieces of advice: 1) Assume you’ll lose your money and 2) Plan on investing in a large number of companies.