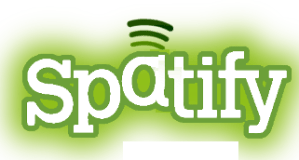 It’s fair to say that, of all of the writers at TechCrunch, we’re the ones who have been most skeptical about Swedish music startup (and newly-minted verb) Spotify.

And for what reason? Because the company lied to us on multiple occasions? Because they routinely brief journalists with off the record half-truths, and then later deny those same reports? Because CEO Daniel Ek (pronounced “Eek” – he’s Swedish) still refuses to go on the record with us? Sure, those are all good reasons. But really our most consistent beef with Spotify has been the company’s inability to launch in the US, despite briefing reporters for the past TWO YEARS that such a launch is imminent.

“Spotify… aims to start U.S. operations in the third quarter. The Stockholm-based company, which has 7 million users in Europe, is in talks with unidentified U.S. Internet and mobile-phone service providers about partnerships, Senior Vice President Paul Brown said in an interview yesterday.” – Bloomberg (March)

“Spotify‘s SVP of strategic partnerships Paul Brown is to leave the music streaming service this week for a new startup outside of the digital music space.” – TechCrunch Europe (August)

Don’t get us wrong – we’ve no beef with the company’s inability to launch in the States, per se. Securing licensing deals in multiple territories is really, really hard – just ask Pandora, which closed down its European service back in 2007. No, our issue with Spotify is that they won’t admit that they have no clue when – or if – they’re going to be able to sign deals with enough US labels to launch over here. Instead Ek constantly talks up the service’s imminent launch, and scoffs at those who doubt him.

“We’ve always said we wanted to launch in early 2010. We still hope that will be the case,” [Spotify CEO Daniel] Ek said in an interview with the Times following his keynote. “That said, I don’t think it matters for us if it’s two or three months later. The U.S. is the world’s biggest market. And to use an American phrase, we really want to hit it out of the park.” – LA Times

Meantime, the European tech press (including, it has to be said, our esteemed colleagues at TechCrunch Europe) has continued to echo Spotify’s spin, keen as the continent is for another huge success, a la Skype.

“Yesterday, Billboard, a US music industry magazine, reported that Spotify’s “licensing negotiations with the major [US] music labels have reverted back to square one”, citing multiple sources. However, Spotify, talking to The Telegraph, has denied the allegations in the report, saying the service is still on course to launch by the end of 2010.” – The Telegraph

And yet, and yet… in the past couple of months, even the cheerleaders have started to lose their voices. Compare the breathless coverage from the Telegraph newspaper back in March explaining how “Spotify will definitely launch in the US this year and there will be a free element to the service” with this lede from two weeks ago…

“Spotify can no longer commit to a 2010 US launch date, despite publicly declaring its commitment to go live stateside by the end of this year several times over the last six months”

Meantime, during Paul’s recent trip back to London, he spoke to several reporters and commentators who had previously been bullish on Spotify, but who know consider the company’s bluster to be “essentially a running joke”.

All of this should of course make us feel a little smug. We love the Spotify app – and would genuinely love to see it launch in the US – but as we’ve written before, the best way for them to achieve this is to learn a little humility and to boast less, and negotiate more.  The thing is, though, watching so many former Spotify fan-boys turn on Ek has actually made us feel kinda sorry for him.

What’s more, technically speaking, Ek hasn’t failed yet. There are still a few minutes left of 2010 and there’s still time for Spotify US to launch and for Ek to prove us all wrong. And, given that no-one else seems to have faith that he’ll do it, apparently it falls to us to pick up the pro-Ek banner and wave it for all it’s worth.

Here, then, is a very special live New Year’s edition of Why Is This News? where we excitedly wait for Spotify’s triumphant, and much-promised US launch before the end of 2010.