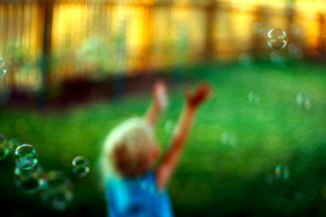 Editor’s note: Contributor Jon Evans is an author and software engineer. He hails from the Great White North, but we let him write here anyway.

Report from the app-development trenches: it’s gettin’ kinda crazy out there. I’ve lost track of how many NDAs I’ve signed this year from people with app ideas. Old coworkers and previous clients have deluged me with so many offers of new work I can’t possibly take it all. Friends of friends want my opinion on whether their app notion might fly, and if I might want to partner with them.

The VP at my client Xtreme Labs has as his Gmail status, “I’m hiring 50 Agile Engineers.”  That doesn’t include their startup incubator Xtreme University. And this isn’t frenetic Silicon Valley, this is once-sleepy Toronto. My clients HappyFunCorp, an incubator/development consultancy in Brooklyn, proclaim on their web site, “We can only take on so much work, and because of that, there’s no contact information on our page.” None of my developer friends are underemployed. Supply is low, demand is insane. I realize the plural of anecdote is not data, but I can’t help thinking: this feels a lot like 1999.

Everyone is asking, “Are we in a bubble?” except for the people shouting, “Yes!” Bubble satirists have already arisen:

True, people are throwing a lot of money at a lot of dubious ideas, but it has ever been thus, and we haven’t yet sunk to the nadir of Pets.com. Remember them? Remember the dot-com bubble? Sure, it burst spectacularly, but as Alan Greenspan once pointed out, it was not a market failure, it was a resounding success. Technology created a whole new economic sector, the market drenched in ridiculous amounts of money, and in the end the great companies—Amazon, eBay, Google, Yahoo (for a while there)—thrived. Remember when Yahoo was a great company? Those were the days.

During the dot-com boom I worked for clients who spent a million dollars to sell chickens online. (They subsequently expanded into eggs, too, thus answering the ancient question.) That sounds ridiculous, but it actually wasn’t. I think Instagram is dumb, but maybe I’m wrong. As William Goldman once said of Hollywood, “Nobody knows anything.” The app space is so new that only trial and error tells us what works. I mean, Angry Birds?  I Am T-Pain? Are you kidding?

But let’s face it: we’re in a bit of a bubble. Henry Ford famously said, “If the elevator operator recommends buying, you should have sold long ago.” Today the elevator operators have begun to seed lean app startups. And yet I remain resolutely unconcerned, and relentlessly optimistic.

Why? Because I look beyond the rich world and I see five and a half billion people only a few years away from their first smartphone, which in most cases will also be their first computer, and their first Internet device. Those three revolutions will hit the developing world all at once—and the repercussions will be epic. Today’s bubble is nothing compared to tomorrow’s boom.

Meanwhile, some undeserving people will make zillions, and a lot of deserving folks will sweat 80 hours a week to break even. So it goes. But you know what? I apologize in advance for getting earnest and histrionic, but what the hell, it’s Christmas, and I genuinely mean this: the tech industry is about more than money. I’m new around here, so I’m loath to try to speak for my fellow writers, but I suspect they’d all agree.

Don’t get me wrong, money’s great, and fun to talk about. But the tech business is really ultimately about building the future and changing the world. That’s what everyone in it does, each in his or her own small way, and more power to you all for it. Merry Christmas, and don’t forget to short Yahoo before the tax year ends.