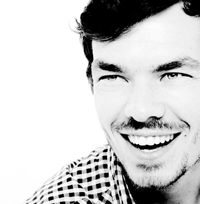 Earlier today Google User Experience Lead Paul Adams, whose much discussed slideshow revealed the gaps in the way Facebook’s social graph represented human relationships, announced he will be heading to Facebook in January. Adams had worked on the Google UX team for over four years.

Adams’ impressive “Real Life Social Network” slideshow, which got over 400K views, 1799 Facebook shares and was the subject of ample press coverage, hinted at how Google could successfully foray into the social market by taking advantage of the fact that humans are a part of multiple social groups.

Aside from foreshadowing Facebook’s own reconceptualization of its own group product three months later, the presentation gave many the impression that Google was finally serious about social. This move comes at an interesting and perhaps innopportune time as Google continues to ramp up these efforts.

According to his tweet, Adams will be joining Facebook in the New Year. I’ve contacted both Adams and Facebook for more information and have no word yet on what his official Facebook title will be. His LinkedIn profile still reads “Senior User Experience Researcher at Google.”