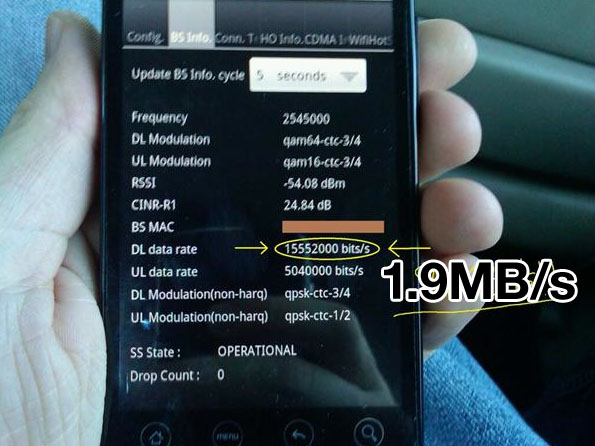 If you’ve ever dabbled with customizing your Android handset through “unofficial” (read: hacked) means, you’ve almost undoubtedly heard of CyanogenMod. It does just about everything a modder could want: custom themes! Browser improvements! Camera improvements! Apps can run from the SD card!

Alas, as any HTC EVO modder could tell you, there’s one thing it doesn’t do: play friendly with Sprint’s 4G network. But not for much longer!

Early this morning, Android hacker Shinzul announced via his Twitter account that he and fellow-mastermind toastcfh had managed to nail out a build of CyanogenMod complete with WiMax support. They’ve since followed up with a handful of bandwidth speed tests, one of which is pictured up above.

Considering that they poured one helluva big chunk of their time into making this happen, we’d hope that these guys wouldn’t walk away empty-handed — and they won’t. If they can package this thing up in a way that other EVO owners can use, they’ll walk away with a bounty of over $2,500, contributed to the cause by 132 different 4G-Hungry Android modders.