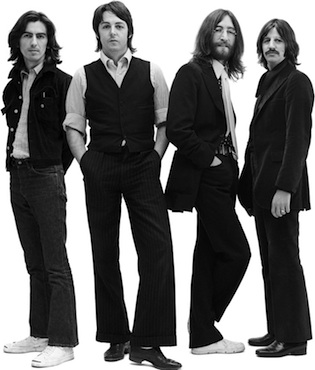 And it really doesn’t matter if I’m wrong I’m right where I belong, sings Paul McCartney on his latest album Sgt. Pepper’s Lonely Facebook Band, which sits high on the iTunes charts. Boy, is he not kidding. He’s taking the time for a number of things that weren’t important yesterday. So should we.

On the surface it seems like business as usual, with the heads of big Internet companies sitting down with John Battelle and Tim O’Reilly at this week’s Web 2.0 Summit. The Android tablets are starting to drop now; they’re half the size, half the weight, and amazingly the same price. What? Here’s some guy with a Comcast XFINITY iPad app, which lets me control my DVR at home but doesn’t let me view any of the network content that is choking the hard drive nor the on-demand versions that would let me not record them in the first place. What?

Much is made of data portability but how it ain’t gonna happen because it wouldn’t be good business. Mark Zuckerberg was personable and engaging and all that good stuff, but why on Earth would he want to fix something that is so not broken? Why would Evan Williams want to give away Track for free when he can release a new iPhone app with Track push notification tied directly to our credit cards? What?

It really doesn’t matter whether we can get our data back out of these warm, cozy, interactive game-like interfaces. I already know what I know; what I’m interested in is what other people, the ones I care about and the ones they care about, know. That is the value of these services, and I want them to guard it carefully. Not the raw data, but the inferences, the analytics, the swarm sentiment, the speed with which these signals can be delivered to the priority queue.

Forget the noise about standards, the contortions Adobe and RIM go through to explain why Flash is important. Standards are what happens while we’re busy making other plans. They emerge from the rubble of innovation, not as the result of freedom-loving patriots who are trying to catch up with those who acted first. Sounds harsh, but Darwin doesn’t wait around for stragglers. Sometimes we need the winners of the world to do whatever it takes to get us to swallow our medicine.

Flash? What? The Adobe CEO is still several paragraphs away from saying OK, we’re shipping a tool to convert everything to iPad specs. How about an HTML streaming server so we can see everything in realtime now that it’s actually possible. Instead, we get marketing about an aging technology that developers are fleeing as they rush toward iOS. The mobile investment path goes: iOS, then Android, then RIM, then HTML 5 to work across the rest. If RIM is not careful, they will be among the rest once they get a Web experience (Playbook) that works.

Steve Jobs is not worrying about RIM or even Android. He’s trying to figure out how to get the carriers and Hollywood paid enough to seed the next generation of the iPad and iTouch. Facetime is the path to unify those two markets, forcing a new generation of IP services and Office-next business processes. Not only does it bypass the voice networks, it produces full motion video on a Flashless $250 iPod Touch. Meld the services together once iOS multitasks and you have everything you need for migrating realtime video, text, and notification streams.

Already Comcast ads promote movies appearing 30 days ahead of NetFlix. Orb TV throws away the remote in favor of iOS and Android apps to control Hulu, YouTube, and NetFlix. The network windowing strategies are collapsing together into multiple overlapping services that add up to big trouble once customers realize they can cobble enough together while waiting for the big players to co-opt the change. This is what we’ve seen with the carriers, as Verizon bundles a hot spot with the WiFi iPad and Google Voice finally reaches the iPhone.

Even the Beatles gave in to the new reality, almost as an afterthought with no fanfare and little excitement even for those of us who see reality only as a pale reflection of those 13 records that changed the world. In the end, the deal was more a business decision to prop up EMI as the record cartel struggles with its myopia about the new order of things. Fixing a hole where the rain gets in. Stops the mind from wandering. Where it will go.