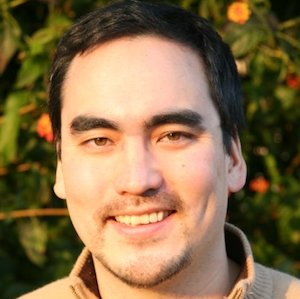 Editor’s note: Guest author Tim Wu is a profesor at Columbia Law School and most recently author of The Master Switch: The Rise And Fall Of Information Empires. Last week, he sparked a debate here about the nature of information monopolies.

While the antitrust spotlight has long been pointed at Google, the company that really has to watch its step is Apple. Beginning in the 1980s, Apple’s Steve Jobs left behind Apple’s original open design and began to champion a “closed”—or as the firm prefers, an “integrated”—approach to computing and entertainment delivery. This fact is familiar to any Apple user. Apple’s products are designed to work well with humans, other Apple stuff, and, at a distant third, other companies. “Foreign attachments” to the Apple system are sometimes accepted, but never quite loved.

Contrary to what devoted “openists” might suggest, there are some advantages to Apple’s approach. Products engineered to work together often work better, if only because the firm’s engineers have more information. An Apple engineer building an application for the iPhone knows much more than someone programming an App for all the phones Android runs on. Moreover, to its credit, Apple isn’t an integration purist, like AT&T in the 1950s. Apple runs standard protocols like WiFi, allows outside Apps on the iPhone, and hasn’t tried to reinvent the World Wide Web. You might say that a clever, nuanced balancing of open and closed is Apple’s real secret. 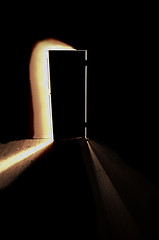 But closed comes with a hidden cost. As Apple’s market power grows, its ideology is destined to bring Apple into chronic conflict with American and European competition laws. Take a monopoly in several markets, mix it with an ideology of exclusion and its easy to predict antitrust problems, in the sense that a Dodge Challenger is destined to get speeding tickets.

Things were different back in the 2000s when Apple was the rebel, the outsider that made more beautiful products. When it released the iPod, Apple’s ideology had little legal relevance, because it had no market power. Tension with the antitrust laws will be a feature of the next decade because Apple is such a success: it has gained market share, and indeed a likely monopoly in several markets, such as online music downloads and portable music players. While different studies may give slightly different numbers, most credit Apple with 70% or more of the markets for both music downloads and portable music players with iTunes download and the iPod.

Success, of course, is not illegal. The antitrust law does not make achieving a monopoly a crime. Rather, what American law bans is use of monopoly power to maintain the monopoly; or, as relates to Apple, in a way that is “unreasonably exclusionary.” That’s a legal phrase, of course, but unfortunately for Apple it translates readily to a single word: “closed.”

The Microsoft case from 2001 makes this clear. This was the famous Netscape case. Microsoft took various measures to exclude the Netscape browser from Windows 98; some, but not all, were judged unreasonable exclusionary actions and thus illegal. A more recent example is the 2005 Dentsply case where a manufacturer of artificial teeth imposed a rule on its dealers: no selling any competitor’s products. Dentsply owned 67% of the market by unit, and a federal appeals court ruled its monopoly power was used “to foreclose competition.”

Is Apple’s design ideology really “exclusionary” in this sense? Not always, but consider, for example, the iTunes-iPod setup. The “exclusion” occurs when a consumer wants to sync a music player other than an iPod to iTunes. It doesn’t work, and arguably, Apple is “excluding” or “refusing to deal” with independent music players so as to defend its monopoly.

More specifically, Apple’s habit of “upgrading” its products to exclude competitors could be a source of trouble. In 2009, Apple modified iTunes several times to prevent the Palm Pre from syncing with iTunes. While its hard to know exactly what the upgrade did, at least some of the upgrades, like 8.2.1 seemed to have little purpose other than blocking Palm’s sync capacities. Apple, for its part, stated blandly “iTunes 8.2.1 provides a number of important bug fixes and addresses an issue with verification of Apple devices.” That turned out to be a code-word for blocked the Pre.

The exclusionary upgrade is, ironically, something that got Microsoft into trouble in the 1990s. Back then, Microsoft upgraded Windows to make Explorer and the operating system into a single product, and Netscape cried foul. A federal appeals court agreed that the upgrade lacked any “pro-competitive justification” and was therefor an illegal act of exclusion. Microsoft could not, as the court said, show that its “conduct serve[d] a purpose other than protecting its operating system monopoly.”

I hasten to say that none of this means that the iTunes-iPod upgrades setup is clearly illegal. In the United States, the federal government or a private party would have to prove that Apple actually has a monopoly or is close to monopoly in both markets, and probably need to prove that the setup harms consumers. (I wouldn’t mind being able to sync my regular phone to iTunes, or buy a cheap MP3 player that works with my iTunes library, but Apple may convince the courts that lack of competition is better for us.) As for its upgrades to block Palm, the question is whether, in fact, they really were product improvements, or just plain acts of exclusion. And one further point on Apple’s side is that many of its products have long been closed—it didn’t close them to kill competitors, like Microsoft did in the 1990s.

The point is not to dwell on any individual case. It is, rather to establish that Apple’s exclusionary practices are habitual, and therefore likely to put it on a collision course with competition laws. And incidentally, this analysis is why, despite the attention to Google’s monopoly, I’d suggest Apple is likely to run into antitrust problems first. The benefits of Google’s open ideology may be debatable, but it translates in antitrust language to “non-exclusionary.” To be sure, there are definitely ways Google could get into trouble, if it begins to close its once-open platform. Say, for example, if Google refused to take advertisements from firms who compete with Youtube. While the iPhone versus Google Android is a matter of taste, the latter’s design does tend to avoid a lot of antitrust problems.

If all I say is true, why hasn’t something happened already? There are a few reasons. When Apple was that beautiful outsider, it lacked the key predicate of antitrust action: market power. Second, the Bush Administration, as a general rule, declined to enforce the competition laws with much vigor; about the most significant thing the firm did was dropping the Microsoft lawsuit. Finally, the fact is that the Justice Department is watching Apple very carefully. Earlier this year, in fact, reports surfaced of an early investigation into Apple’s iPhone development practices based on complaints from Adobe and others.

Based on previous experience with writing about Apple, I suspect that some readers will read this and react with great anger. Should the federal government really be interested in product design? Isn’t all this just unnecessary meddling with Apple’s vision? Maybe so, and I am not trying to suggest that the Administration make Apple a priority. It is simply, again, to make clear that Apple’s exclusionary practices coupled with its gains in market share put it on a collision path with the competition law. It’s not a statement of what should be, but a statement of what is.