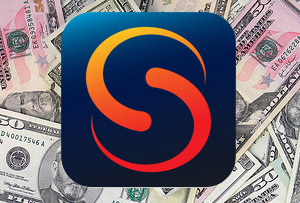 Just about every time I write about SkyFire, the cross-platform (and generally free) smartphone browser capable of churning through most Flash videos, someone always says: “Great! But uh, how are they going to make money?”

Well, looks like they’ve figured that out. In their first weekend on iOS — the first and only current platform on which SkyFire isn’t free — SkyFire managed to pull in right around 1 million bucks in sales.

The company isn’t sharing exact numbers, but they did just tell me that their download numbers for their first weekend on the store were well over 300,000. At $2.99 a pop, that works out to one hell of a bounty. SkyFire isn’t walking away with that whole million, of course; Apple’s going to get their 30% cut, which brings SkyFire’s share down to somewhere between $600-700,000.

This success comes regardless of their rather rocky start on the App Store. Just a few hours after SkyFire went live, it was gone; they weren’t quite as prepared for the initial onslaught of users as they thought, and given that their flagship feature, Flash playback, requires some beefy middle-man servers to transcode things into an iPhone-friendly format on the fly, they just couldn’t keep up. They pulled the app from the store temporarily, allowing users to download SkyFire “in batches” as they improved their backend.

Did these troubles hurt them.. or did they help them? Were users spooked away by the technical difficulties, or did the simulated shortages play out in their favor by further increasing demand? I’d bet money on the latter.

Check out our early hands-on of SkyFire here