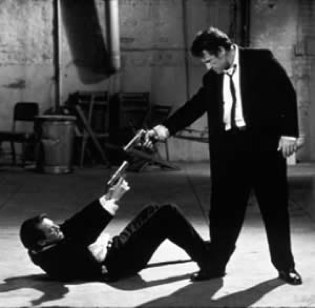 Our post earlier tonight about Google shutting down Facebook’s access to Gmail data exports makes me think two things. First, I’m not sure there’s much data that Facebook doesn’t already have with its 600 million users (although 1.3 billion people visit Google sites a week, so they’re not exactly slumming). And second, the data protectionist era has now begun in earnest.

Trade restrictions, tariffs, etc., called protectionism, is always a double edged sword. It has the short term benefit of helping domestic companies stay competitive and profitable, and that also protects jobs. On the downside the consumer is hit with higher prices on whatever industry is being protected. And protected industries tend to lag behind competitively, so when/if the restrictions are lifted they are in a very bad situation.

But here’s the very worst part of protectionism. If you start it, you can expect the other side to start it too. That’s when you get what’s called a trade war, and lots of potential economic gain evaporates.

I’m seeing all the signs of a “data war” beginning now. It’s not among nations, though. The players are the big Internet companies who have lots of user data today, and want more (all of it) tomorrow.

For a long while the webmail companies have generally been lenient about exporting user data via an API to other applications. It’s what the user wants, and most everyone is reciprocal. Or, they’re too small to matter yet. This is a “free data trade” type situation with the best economic consequences.

Well, everyone but Facebook. They’ve just pretty much refused to let users export social graph data, even though they import it like crazy from every source they can get their hands on.

This is a game theory situation. One party isn’t playing ball, but it’s reaping the benefits of open data policies by all its big competitors. That forces competitors to protect their data as well (Google’s done it in a surgical way to avoid fallout with other non-Facebook companies). But once this ball starts rolling, and it has, it’s pretty hard to stop it.

Expect it to get worse from here.

Ultimately that’s very bad for the companies involved, but it’s also bad for consumers who now have fewer choices with what to do with their…err..Google’s data. In other words, we all lose.

Update: To clarify my position, I don’t think Google’s “wrong” here. It’s really an inevitable response to Facebook’s stubbornness around data exports. And it’s also important to point out that Google still allows users a variety of options to download their own contact/social graph information. They’ve just turned off the automated part v. Facebook.