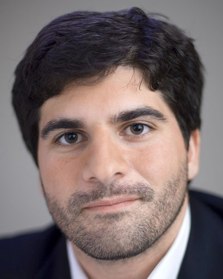 Last November, Google announced that it had acquired leading mobile ad network AdMob for a whopping $750 million. Today, less than a year after the deal closed, AdMob founder and CEO Omar Hamoui is leaving Google, we’ve confirmed with the company. Google says Hamoui is leaving for personal reasons.

It sounds like Google is getting the short end of the stick here — Hamoui has actually only been able to work at the search giant for five months, because the AdMob/Google acquisition was held up by an endless federal investigation that stretched on from November 2009 through the end of May 2010. That’s an eternity in this highly competitive space.

From what we’ve heard AdMob’s employees had their incentives begin to vest as soon as the deal completed in October/November 2009, not when it was ultimately approved in May 2010. In fact, we’ve heard that Hamoui isn’t the only AdMob executive to leave after a short stay — we’re working to get a more detailed list of other personnel who may have also left Google.

A Google spokesperson gave us this statement:

“Omar has decided to leave AdMob and Google for personal reasons. He built a fantastic business in a short period of time, and we wish him all the best. Mobile advertising – across search and display – is now a billion dollar business for Google, with AdMob a key part of that. Google is fortunate to have a great team of leaders who are driving the next phase of rapid growth and innovation across all our mobile ads products.”

Update: Other AdMob departures include: