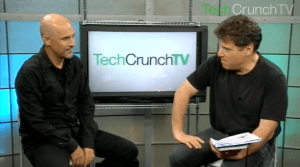 It’s hard to have metaphysical conversations in the technology game. Most of chat – even with techno-evangelists and social media utopians – is disappointingly mundane. But once-in-a-while, one comes across an exceptional individual who thinks so deeply about technology that he makes it seem profound, even other-worldly.

Officially, Jeff Jonas is the chief scientist of the IBM Entity Analytics group and an IBM Distinguished Engineer. Less officially, he is a Las Vegas based ironman triathlete who is paid by IBM to think deep thoughts about data. If intelligent machines could talk, perhaps they would speak like Jonas – elliptically, enigmatically, but with a depth and wisdom that is all too rare in our always-on world of continuous updates and partial attention spans.

How ironic, then, that Jonas should be an expert on this always-on world of data overload. He is IBM’s resident genius on data – it’s his job to bring sense to a seemingly senseless world that is spewing out more and more data. So listen carefully to what Jonas says. Part shaman, part showman, there is something irresistible about the rigor and intensity of his thinking.

Why big data is the next big thing

How data makes us average


Why the future is irresistible