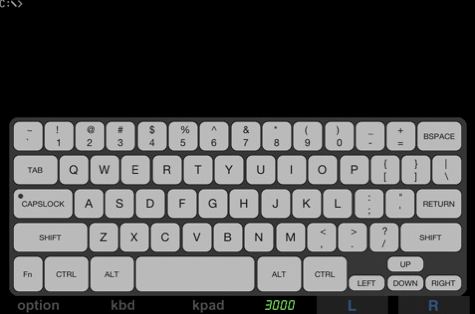 If it were December, I’d call this a Christmas miracle. As it’s October, we’re just going to have to pretend that “Halloween Miracles” are a thing.

A few hours ago, something awesome managed to find its way into the App Store. Something which I never imagined Apple would approve. No, not another baby shaking app. Something wonderful: a DOS emulator.

If you’re wondering why this matters, I’ve got two words for you: Command Keen. Oh, and Duke Nukem. And Scorched Earth. And NetHack. Sorry, but the glory of DOS can not be contained in two words.

For those unfamiliar (youngins!), DOS was the operating system (or really, a bunch of different, similar operating systems) that ruled the computer world until about 1995. Windows 95? 98? Those all ran on top of MS-DOS. If you’re a child of the 80s, most of your favorite (Non-Nintendo) games probably did as well.

This new DOS emulator, released by developers FastIntelligence this morning, is based off the open source DOSBox project. It’s got keyboard support and, though some reviews are complaining that it’s not working, mouse support.

Given that it’s a first release, I wouldn’t expect all of your favorite games to work perfectly — or at all, even. For just 99 cents [iTunes link], however, I’d say its worth giving a shot.

Given Apple’s previous stance on emulators, this might have been let into the store accidentally. However, it might also be evidence of Apple’s ever-loosening restrictions. Lets hope it’s the latter.