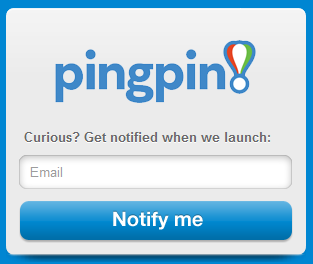 Looks like Jaiku founder and former Googler Jyri Engeström is up to something new. According to an SEC filing, a startup listing Engeström as chief executive officer called Pingpin has just raised $775,000 in financing.

Backers are BetaWorks (the startup’s address matches that of the early-stage investment firm) and True Ventures, as founder and managing partner Jon Callaghan is listed as a director as well.

Update: silicontap stumbled upon this yesterday.

I’ve tried to contact Engeström to learn more about what Pingpin is, but have yet to receive a response (according to his Twitter feed, he’s attending TechCrunch Disrupt SF so he’s likely still asleep).

When I signed up to be notified when it launches, I did get this message:

You’ll be notified at **@gmail.com when Pingpin becomes available on the App Store.

Another indication that it concerns something in the mobile space is the fact that the third director listed is a man named Teemu Ikonen.

According to his LinkedIn profile, Ikonen spent years at mobile messaging infrastructure company Airwide Solutions after it bought the company he was working for since January 2001 (First Hop).

Other than that, it’s anyone’s guess what Pingpin is, but we’re keeping a close eye on it. Engestrom famously sold Twitter rival Jaiku to Google back in October 2007. Two years later, he left the Internet giant to pursue new things.

Oh, and if you’re looking for some time to kill, enter your email on the Pingpin website to know when they launch. I just wasted 15 minutes trying to land that damn balloon (obviously, I’m really bad at casual online games).