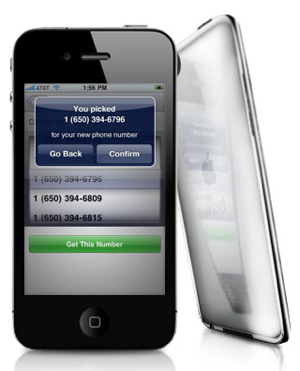 Earlier this month we took a look at Pinger, the company behind Textfree, a massively popular application for the iPhone and iPod Touch that gives users free, unlimited text messaging. Since launching in March 2009, users have sent over 4 billion text messages with the app, which has been downloaded 8 million times (these numbers effectively put Pinger in the top ten US carriers, volume-wise). And today at TechCrunch Disrupt, the company is announcing that it’s venturing into new territory: voice calls.

Textfree will soon include a true SIP-based VOIP client that works over both 3G and Wifi. The feature is enabled by the fact that Pinger gives all of its users free, unique, real phone numbers (it distributed 1.7 million phone numbers last quarter; AT&T gave out 1.6 million in the same time span). Calling works as you’d expect: hit the call button, and you’ll see a dialpad — you’ll be able to place calls whenever you have a data connection. This is especially huge for iPod Touch users, who already comprise most of Textfree’s userbase and can now use their devices as phones.

The other big change the application brings is the introduction of Offers to Textfree. Before now the app has relied primarily on ads for monetization (it displays an average of three ads for every text sent, so it shows a lot of ads). Voice calling will be different though. Users will be allotted a certain number of free minutes every month. Use those up, and you can choose to either buy more using a credit card or you can complete Offers, which have been popularized by social games.

Offers generally entail doing something simple, like downloading the latest Tap Tap Revenge iPhone app. Other app publishers participate in the Offers program because it exposes their application to more users (and also helps them climb higher on the App Store leaderboard). Pinger gets paid every time someone completes an offer. And users get their free call minutes.

Pinger says this is only the beginning. The company wants to expand worldwide and disrupt the mobile industry even more than it already has by challenging the huge markups carriers have on both SMS and voice calls (and getting real phone numbers from other Internet services, like Sykpe).

MT: Video is going to be next-can you do that?

Pinger: If our customers want video, we’ll give them that. Right now, they don’t.

EW: How does the phone number integrated in the UI?

Pinger: The mobile phone # is the biggest social network in the world, need to make your # and your ID the same.

AN: People are spending a huge amount on SMS, this could work especially for young kids.

MT: If you are really going to disrupt this space, why not move away from a minute model?

C: if it works as good as you say it is, I know a lot of people who would use this.