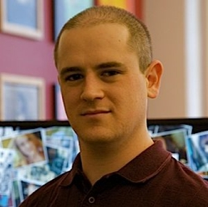 Tumblr CTO and notable blogger Marco Arment announced today that he would be leaving his position at Tumblr to focus on more independent projects. What many in the tech world are curious about is what this means for Instapaper, a service which allows you to “save” web pages in order for you to read them later. Thus far Instapaper has only been a side project for Arment.

When asked to confirm speculation as to what he’d be up to after the Tumblr gig, Arment responded, “I’ll be devoting most of my time to Instapaper. It has a very healthy future, hopefully.”

Perhaps Instapaper may have some challenges on its way to that future. Many have brought up copyright concerns that have by this point become old hat as far as companies that aggregate content are concerned. With regards to copyright, Arment says that most publishers rarely have issue with Instapaper because it actually brings in more eyeballs.

“I’ve worked with many large and small publishers, and nearly all of them love the value that Instapaper provides to their readers. I accommodate any publishers’ wishes who would rather not have their content accessible in Instapaper, but to date, almost no publishers have chosen that option. Most see the potential for higher reader engagement, loyalty, and retention rates, and in nearly every case, the people I speak with are happy Instapaper users themselves.”

When asked if he was finally going to turn Instapaper into a business i.e. is it now “officially” a startup, Arment responded, “It’s always been a business, it has been profitable every month for the last two years. Constantly improving the product and increasing the customer base have always been primary goals.”

“The only change for Instapaper is that I’ll now have more time to spend on it,” Arment tells TechCrunch, “So far been a side project that I’d throw a few hours at every once in a while.”

Instapaper currently makes money on ads and app store sales. Arment also says he  is not currently looking for any outside investment because Instapaper is operating well without it and he has no plans for massive expansion that necessitates funding, instead focusing on “[growing] Instapaper the old-fashioned way,” through ads, et al.

In addition to getting serious about Instapaper, Arment will take advisory roles in a few other startups, including Tumblr apparently.
“This will be the first time that I won’t have a full-time office schedule in more than six years, and I’d like to explore a number of project ideas that I’ve had for a while and never had the time to do. I have no current plans to begin another full-time job or join another startup in the near future.”