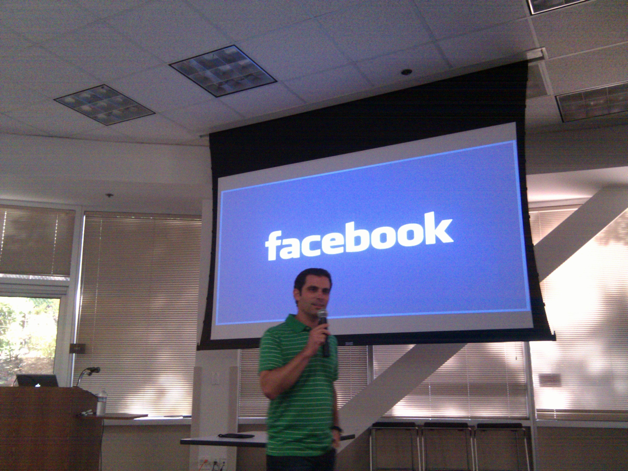 I’m at Facebook headquarters in Palo Alto, where the social network is having a special press event to talk about the current social gaming landscape. We expect there to be some important announcements this evening — the event is being led by CEO Mark Zuckerberg, and there are myriad game developers in attendance. My live notes and a video stream are below. 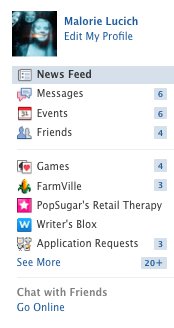 Dan Rose is back on stage. “We recognize that some of the things that we’ve done in the past.. sent a signal that maybe we don’t care about games or thought that they should be less prominent”. We’re dedicating more resources to games. Have big team working on Credits. 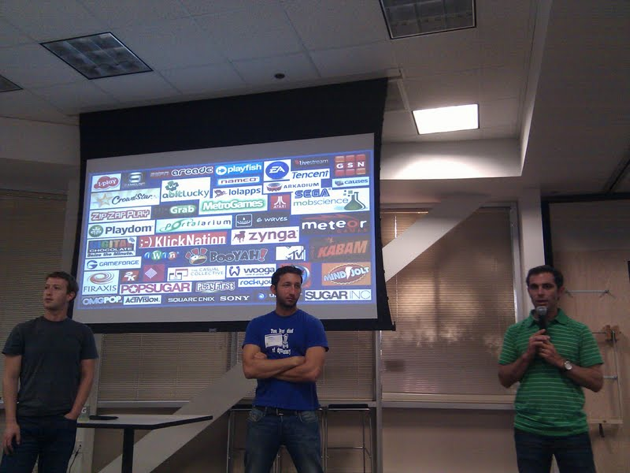 Did you just say that a user playing a game can’t share a story with a user who isn’t playing that game?
A: Requests and discovery stories will be only new user channels.

Q: I have some friends that play games a lot, I know I can sort News Feed based on friends, not content. Is there thought to sort News Feed by not user, but content?
A: Jared: Games dashboard kinda sucks right now. There will be a wave of innovation around dashboard. One thing we did test is an embedded stream in games dashboard that filters content based on games you’re playing.
A: Zuckerberg:One thing we’re trying to emphasize is that this is a set of infrastructure changes that gives a base from which to build on. Someone asked can you now not publish a News Feed story to all of your friends? What we found is that most people were trying to share it with other people who were having relevant exp. in content. We may add more features to broadcast more broadly in the future. We did a lot of testing of this to make sure this balanced out to around where we were before. So if some of these seem like big swings… They are big swings in that people who play games will see a lot about games and people who don’t wont… But in testing it’s neutral in terms of ecosystem. Good base to build things from.
A: Rose: If I know two of my friends are playing a game, that’s more relevant to me than any information they might post from that game if I haven’t started playing it yet.
Q: Talk about discovery stories.
A: First set will be based on someone installing your app and playing it on an amount of time that shows engagement. Will also be controlled by privacy setting.

Are you making a Credits dashboard?
A: Yes, we’re building things that will make it easier to see what’s going on with your business.

Strategy for free credits?
A: One of goals is to increase number of people on FB who are buying virtual goods in games. One of ways we’re attempting to do that is to give free credits to users.

Last 6-8 months cost of user acquisition has gone up. How do you see credits being rolled out? Will it be a requirement?
Rose: Credits are important for users to make sure that when you buy them on FB you can use them in any game that you play. That only works in a world where all of the games accept credits. 170 games accept credits. Want to get all games accepting credits.
Zuckerberg: A lot of changes balance out two curves. One is cost/ease of getting new people on your app. Second is cost/ease getting someone continually engaged in game. Our view is that early on it was all virality. Trying to boost engagement now.

Q: Can you still target feed posts to specific users?
A: Current algo is that you can change feed form showing friend lists, won’t show up if a player isn’t playing the game. Request removal: Open Graph API call to remove all requests. Can’t do it individually. 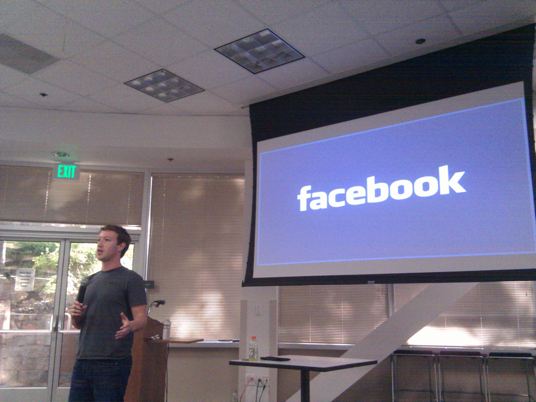