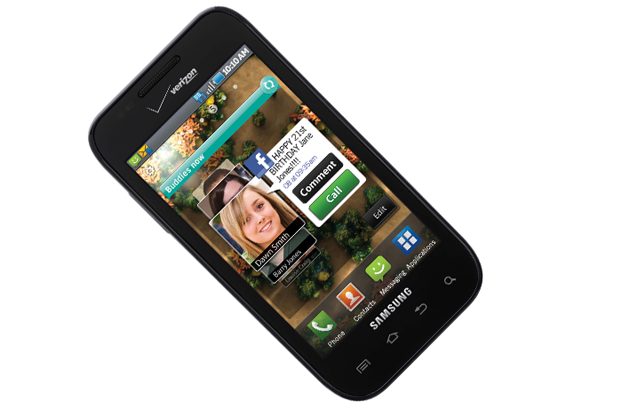 Finally! The smartphone that everyone has been waiting for Verizon to get their own version of finally has an official launch date on Big Red. Erm, not that smartphone.

In a surprisingly last minute announcement, Verizon and Samsung have just announced plans to have the Fascinate (VZW’s variant of the Galaxy S) on store shelves by this Thursday, September 9th, with online orders beginning tomorrow. And with that, the Galaxy S’ cross-carrier launch — from the Captivate on AT&T to the Epic 4G on Sprint — is just about wrapped up. Like the rest, this Fascinate packs Android 2.1. Alas, its been absolutely, positively confirmed that this one doesn’t have a front-facing camera, making the Epic 4G the only US variant that does.

Expect to pay $199 on a 2-year contract out the door. Or, you know, wait a week and get it for like a buck after contract on Amazon.