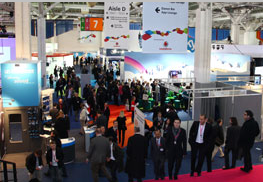 GSMA, the organizers of the annual, massive Mobile World Congress, have announced a couple of new developments this morning. For one, the organization is to expand the developer-focused programme at the event to include new elements such as Macworld Mobile and the Brand App Challenge.

At Mobile World Congress 2011, the GSMA is partnering with IDG World Expo, organisers of Macworld, to produce Macworld Mobile, a mobile developer-focused event that will center around the iOS platform. GSMA says the Macworld Mobile iOS Developer Conference will provide full-day, in-depth training on the platform, with technical sessions, targeting tools and applications specifically designed for mobile application developers and engineers.

The GSMA expects more than 10,000 developers to visit App Planet, the “event within an event” at Mobile World Congress that centers around the mobile applications market, during the four days of Mobile World Congress. At the next event, App Planet will also feature new elements, including the Brand App Challenge, which is essentially a competition / networking opportunity focused on mobile application developers creating “brand apps” for a select number of global consumer brands.

We’re looking forward to it.